Two stories of courageous athletes coming out. A perfect game. And Betty White kills on “SNL” 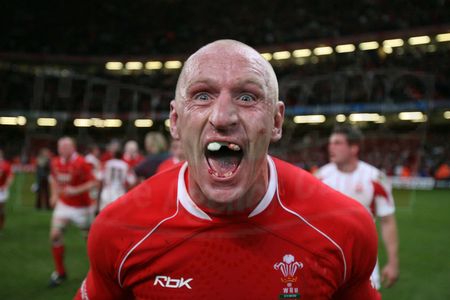 I think we forget, sometimes, when we see small victories in America in the area of gay rights, that there’s still an incredible amount of intolerance and hate-mongering out there.

There are still a huge number of places in America where you will be judged harshly if you admit, as a boy, that you like other boys.

But the walls are breaking down. Every generation that comes along is more and more comfortable with homosexuals, because their friend, or their uncle, or their teacher, is gay.

Organized team sports, though, doesn’t seem to be making much progress. An NFL locker room, or a baseball clubhouse, is about the most testosterone-filled, anti-gay place you could possibly imagine. From my limited time around pro and college athletes, believe me when I tell you that accepting a gay teammate would be very, very hard for them. (Just the constant use of the word “faggot” in the locker room would shock someone who wasn’t used to being in there).

But still, there are brave and courageous men and women who are pointing the way for others to follow. And in beautiful news, they’re finding coming out of the closet to be not such a big deal among their teammates.

I read two stories this weekend about athletes coming out, and while Gareth Thomas (pictured above) and Andrew McIntosh don’t seem to have anything in common, each struggled mightily with their decision to be themselves.

Both of these men agonized for years, and denied who they were to themselves. When they finally shut the demons out of their heads and embraced who they were, and told their teammates about it, the receptions were welcoming.

I think it’s crazy that we don’t have one single “out” gay man playing a major professional team sport in America. I hope that someday soon, one will have the courage to admit who he really is.

And that the reaction from American sports fans will be a collective shrug.

That blows my mind, that there’ve been only 19 in the 100-plus year history of the big leagues. What an amazing accomplishment for a kid who’s basically been a journeyman so far in his career.

Very sweet, too, to see him hugging his Grandma after the game.

*So did you see 88-year-old Betty White kill it on “Saturday Night Live” over the weekend? I only saw a few sketches, but man, she was fantastic. Great to see Rose Nylund get some love this late in her life.

Check out the opening monologue here; I love that she says she’s “88 and a half.” I thought you stopped counting the half when you were 12..