The concert promoter/scam artist I have to laugh at. And ultimate revenge on City Hall 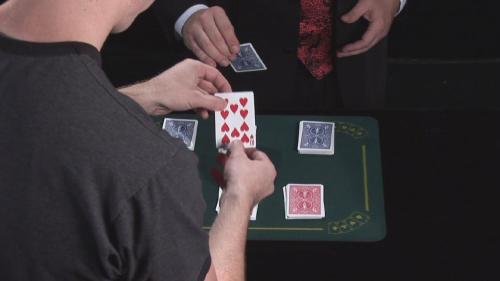 There are some scam artists out there who deserve nothing but our hatred and anger. I’m talking about people like Bernie Madoff and Kenneth Lay, truly the scum of the Earth.

Then there are those shysters who just make you shake your head, laugh, and say “Seriously? You really thought that was going to work?”
Let me tell you a story about a recently notorious concert promoter here in Central Florida named Manuel Bornia.
A few weeks ago, Bornia made a big splash, and got on Page A1 of our newspaper by announcing that Christina Aguilera, Janet Jackson, Carrie Underwood, the Jonas Brothers, Usher and other huge acts were coming to Daytona Beach to play in a music festival this summer.

The music writer at our paper, along with me and I’m sure many others, were a little suspicious. Why would all those major performers play our medium-sized town at a venue that only holds a few thousand people? Still, Bornia was absolutely, 100 percent positive, and we even interviewed some local fans saying how excited they were about the concerts.

Then, the next day, you can probably guess what happened. Aguilera’s p.r. rep said she had no knowledge of any concert in Daytona, and Carrie Underwood’s agent said the same. All of a sudden, this all-star lineup was missing a bunch of all-stars.

Bornia was undeterred. We’re still in negotiations, he declared. Those reps aren’t in on these talks, he boasted.

Fast forward another week. Now the concerts will be postponed a little, because Bornia said he didn’t realize more people couldn’t fit in the Bandshell, the venue for the concerts.

Then fast forward to Monday. Finally, the official, 100 percent guaranteed lineup is announced!

The headliners? Kevin Jonas and the old band Lifehouse. Yep, only one Jonas brother could make it. It’s kind of like promising New Kids on the Block to people, only to see just Jordan Knight show up.
So this guy raised everyone’s hopes, promised the world, lied and B.S.’ed his way through for a few weeks, and now we’re getting 1/3 of the Jonas boys, and an alt-rock band.

Sigh. Manuel Bornia, you are a fool for tricking the people of Daytona Beach.

But a small, small part of me kinda admires your chutzpah.

**Sometimes a citizen really does get the best of the government. It’s rare, but it happens. And we all cheer.
Take Brian McCrary of Bluff City, Tenn. He got a speeding ticket for going 56 in a 45 recently. Not the highest of crimes, right?
Well, he had some questions about paying the ticket, so he went to bluffcitypd.com. While there, he discovered that the domain name for the site, owned of course by the city, was going to expire in 42 days.

So bless his heart, McCrary checked the site every day, and after six weeks, the domain expired and he bought the URL. And now, McCrary has the site and has told people about the speed traps in town.

See, people can get even if they’re pissed off enough.

I think McCrary’s idea was brilliant, and I salute him.