The ultimate website for lonely guys who love computer games. And the Walkman, R.I.P.

I’m not sure if this story will horrify you, or make you wish you were a video game geek (if you aren’t one already).
I just heard about a new website called Game Crush.com. It’s basically porn for “Grand Theft Auto” fans. You log on, pay a fee, and you get to select one of many pretty women (Called “PlayDates”) who will play the computer game with you, give you companionship, and make you feel like a million bucks.
I don’t know if this is sad or great. Sad, because these men are basically paying girls to play with them. Or great, because this is obviously a brilliant idea not unlike any other sort of escort service, where a man is paying a woman for her time and interest.
Let’s just say if I were a teenage boy again and had access to my parents’ credit card, I’d probably be on Gamecrush.com quite often.
Of course, what do the guys do when the girls beat them at “Call of Duty 4” or something like that? Does that make them feel even worse, because, well, she’s a pretty girl AND she can kick virtual ass, and you’re just sitting there still lonely. 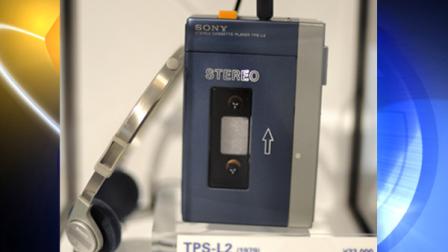 **Saw a brief story about this on the TV news today and it made me sad. Sony has announced that it is officially discontinuing the Walkman, the original hand-held music device that we all grew up loving so much.
My Walkman went everywhere with me as a kid. I wore out my Def Leppard, Bon Jovi and Belinda Carlisle (hey, don’t make that face) tapes, and would be crestfallen if my Walkman wasn’t working.
I blogged about a really cool experiment last year involving a Walkman on my boy Pearlman’s site; a British writer gave his 13-year-old son a Walkman to see what he and his friends would make of it. It’ll make you cringe, but it’s pretty hilarious, too.

R.I.P., Walkman. You will always be a part of my youth. Though I’ll never figure out why I had to change the damn batteries like every 12 minutes.