An incredible Elvis story. HBO makes hockey awesome. And the boy who bodyslammed the referee 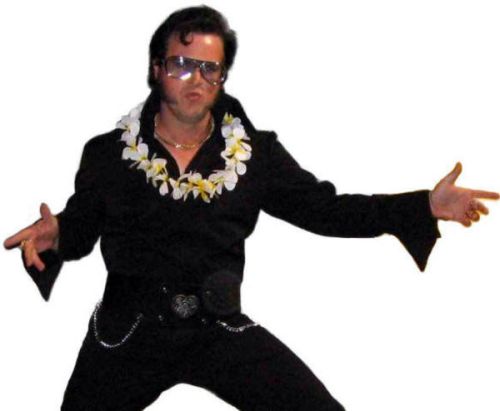 OK, try to follow me here.
Every year in Las Vegas in December they hold a Las Vegas Rock N’ Roll half-marathon; usually a few hundred Elvis impersonators dress up and run the race as the King (because, you know, when I think Elvis, I think fitness and running).
So last week at the annual event a guy named Claudio Palma, dressed as Elvis, completed the race, in the middle of which he got married at a “run-through” chapel.”

Then Palma went for a snack. While there, Palma, who’s also a cardiologist, saw a woman pass out, and he raced over and gave her CPR to revive her.
The woman was OK. But imagine the looks on the faces of the other customers, when they saw Elvis giving mouth to mouth.
Or, a hunka hunka burning love, to be more Elvis-accurate.
Gotta love Las Vegas.

**So, I already know hockey is awesome, but there are still millions out there who don’t. I defy them to watch HBO’s new “24/7” on the Washington Capitals and Pittsburgh Penguins and still not be sold. Part of the hype leading to the Jan. 1 Outdoor Classic game between the teams, HBO is taking a 4-part look at both teams before the game, with weekly 1-hour shows.

The first one was Wednesday night, and man, was it fantastic. Behind the scenes stuff was great, and all the locker room talk was terrific (and dead on accurate, as someone who’s been in hockey locker rooms a bunch). They also got great story arcs at the start; the Penguins were in the midst of a incredible winning streak, while the Caps were in their worst slump in years.
Three more episodes. Awesome stuff; check it out even if you’re not into hockey.

Watch the raw footage here (fast forward to 1:20) and below. This kid should be suspended for the rest of the season, at a minimum. Disgusting. And why the hell didn’t his teammates move a little quicker to get him away after the first shove of the ref?