When an XBox works as ransom. A great “Big Bang” line. And the worst husband of all time 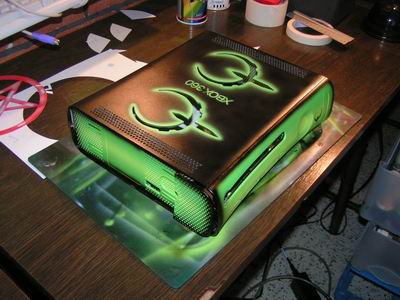 Ah, crime in the 21st century. So much more fun than in the old days.
A Tennessee man named Joshua Seal allegedly kidnapped his son-in-law recently,  accusing Allen Begley of stealing from him.
Seal demanded money, but Begley had none. Frantic calls to family for money produced no coin, either.
So Begley did the only thing he thought he could: He offered his XBox360 as ransom. And Seal took it.
Of course the cops eventually arrested Seal, but still, an XBox for ransom? I guess it’s better than nothing.
Personally, knowing myself as I do, if someone had kidnapped me in 1983 and wanted my Atari 2600 in exchange, I wouldn’t have done it. Nothing came between me and Kaboom, Frogger, and of course, Donkey Kong.

**I wish I could put all of you in a room and force you to watch “The Big Bang Theory.” There is absolutely no way you wouldn’t laugh uproariously. I practically guarantee it. God I love this show.
Another great episode Thursday; my favorite Sheldon line of the night, after the university president taps him on the shoulder.
“Oh, I forgot you have a touch phobia.”
“It’s not a touch phobia, it’s a germ phobia. If you’d like to go put on a pair of latex gloves, I’ll let you check me for a hernia.”

**I have to give this guy points for creativity, but that’s about it.
If you haven’t heard this story already, check this out my friends: A British immigration official put his own wife on the terrorist watch list, so she couldn’t get home from Pakistan.
According to this story, the man so hated his wife that he threw her name on the register of folks who are banned from flights into the UK.
When the woman called from the airport and told her husband what happened, he said he’d look into it.
Except she was stuck in Pakistan for three years! The man was finally caught during a background check when he was up for a promotion.
Hey pal,  wouldn’t it have been easier to just get a divorce?  I’ve heard of some cold moves, but geez, this one takes the cake. I’d love to hear his explanation; it would have to be entertaining.
Every other husband in the world now has a new bar to cross; whatever he does wrong, he can say to his beloved, “Hey, at least I didn’t call you a terrorist and prevent you from flying!”
This guy should be drawn and quartered. Or at least forced to live in Pakistan for three years, while Bee Gees music is blared into his room 24 hours a day. That’s torture in my book.