Oh, Sarah. IBM’s Watson talks some trash. And the greatest baby name ever 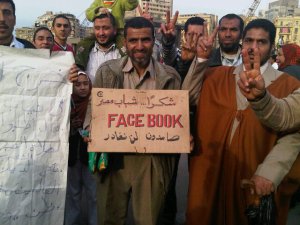 Every once in a while, my Palin-radar goes off. I try to turn the damn thing off, but it beeps now and again.
It beeped Monday when I heard this story. Apparently Ms. Palin admitted that she asked daughter Bristol to “Google the economy” for her before giving a big speech on Long Island.
Yep, Sarah Palin asked her daughter to look up information on the economy for her.
And this moron wants to be President. And there are thousands of my fellow Americans who want her to be.
God help us all. 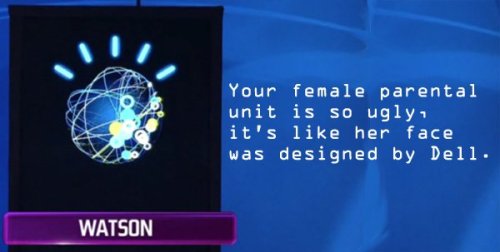 **So as funny as the The Onion normally is, this made me laugh out loud today. It’s from sportspickle.com, one of my favorite sites on the Internet. Sportspickle is the site that’s brought you gems like “spelling bee contestant stumped on word ‘girlfriend.’

This is  Sportspickle on what Watson, the IBM supercomputer that kicked ass on “Jeopardy” last week, would say if it talked trash.

**Finally, the greatest or worst baby name ever has a new entry. An Egyptian couple, paying tribute to one of the most important triggers of the country’s recent revolution, has named their baby “Facebook.”
Gotta believe she’ll be the only one in class with that name. Though she’ll probably be sitting next to Twitter Johnson one day.