Tim Tebow and why I have never been more disgusted to be a Jets fan. And Facebook helps a man’s two current wives connect 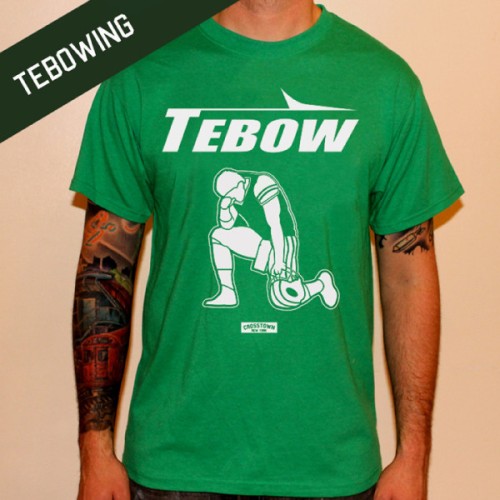 It’s totally irrational. I’m 36 years old, I have a great life, a loving and beautiful girlfriend, a terrific family, and so many good things around me.

And yet I allow myself to get completely worked up and pissed off because my favorite professional football team continues to do the stupidest things possible.
Seriously, it’s like they TRY to anger every single fan they have.
Let me start to discuss  the Jets acquiring of Tim Tebow in a trade by saying this: In three decades of being a fan, I have never been more frustrated and angry at the Jets than I was today.
Wasn’t this mad during the Kotite years. Wasn’t this mad during the ’86 playoff game with Cleveland, or the many, many late-season swoons.

First of all, let’s start with this: TIM TEBOW IS NOT A GOOD NFL QUARTERBACK. Seems to me that if you’re going to acquire a player as controversial as Tebow, you might want him to be kind of good. Tebow has terrible accuracy, a not-very strong arm, and has trouble completing simple passes.
Next, how about this: You just gave Mark Sanchez, your franchise QB, a huge new contract extension, telling him how wonderful he is, how you’re committed to him, yada yada yada.
Now you bring in a guy who, to millions of football fans, is a cult hero, a messiah-like figure. And as soon as Sanchez throws a few interceptions next season, you’re going to hear the drumbeat from the stands of “Te-bow!,” Te-bow!”

It will go on all season, and it will be loud, and it will be an enormous distraction. It’s going to make Sanchez feel awful, but that’s not the worst part. The worst part is Tebow IS NOT AN UPGRADE. So even if they do pull Sanchez, things won’t get better.

Then there are these reasons to hate the deal: You gave away two draft picks for a guy who will only play 8-10 plays per game in the Wildcat, if things are going well; nobody runs the Wildcat effectively in the NFL anymore so even Tebow’s effectiveness there is in doubt; you’re adding a highly polarizing figure to a locker room that already has plenty, and just let me throw this out there, in total seriousness:

There’s a huge contingent of Jets fans who are Jewish. Do you think they’ll feel all warm and fuzzy about a high-profile Jets player who believes that all of us Members of the Tribe are going to hell? (A great tweet today from Parks and Recreation writer Michael Schnur: “Well, if there’s one place a crusading Christian and decidedly mediocre athlete should mesh perfectly with the local culture, it’s New York.”)

Ugh. I just hate this so much. This reeks of the Jets wanting to make headlines, steal some of the Giants’ thunder (here’s a way to steal their thunder: Win a Super Bowl!!!) and get people talking about them.
I don’t know who this franchise is anymore. They’re the pro sports equivalent of a dope fiend hanging out on the corner, doing anything to get their next high. When that one fades, got to get another one. Peyton Manning doesn’t want to play here? We’ll go get God’s quarterback!

It’s the middle of March. I really shouldn’t get this worked up over the Jets.
But I hate them right now, and everything they’ve become.

**OK, moving on to a less-inflammatory topic: Bigamy.
I laughed quite heartily about this story. It seems that a county corrections officer in Washington state has been charged with bigamy after Facebook helped uncover his secret double life.
What happened? According to this story, Alan O’Neill’s first wife recently found out about Wife No. 2 when Facebook detected their connection to O’Neill and suggested the friendship connection.
Well sure, they have a “friend” in common!  Wife No. 1 then called O’Neill’s mother (fabulous!), and a short time later the police got involved.

5 responses to “Tim Tebow and why I have never been more disgusted to be a Jets fan. And Facebook helps a man’s two current wives connect”