Good News Friday: An 81-year-old bowls his first 300. The San Jose Sharks do a great thing for a sick kid. And a Medal of Honor recipient and the buddy who fought for him. 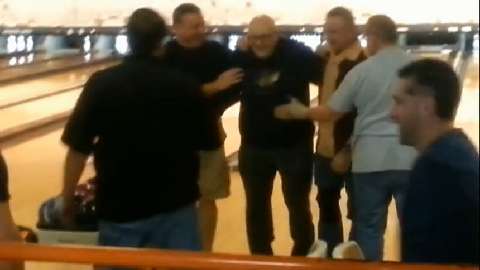 And a Happy Friday to you all; whenever you’re reading this I can pretty much guarantee that I’m watching the NCAA Tournament, with a drink in one hand, a bracket in the other, and some sort of sauce stain on my shirt from whatever I just ate. What an incredible first day of games Thursday; four overtime games, and two buzzzer-beaters. Ah, I love the March Madness…

We start Good News Friday with an 81-year-old bowler who had the game of his life last week.

So naturally, he was a little excited about his first 300 game.

Check out this video of Ray getting his 300. Guy’s been bowling since 1949, and finally got a perfect game. Just perfect.

**Next up, an awesome story of a sports team doing well by one of its biggest fans. The San Jose Sharks have an 18-year-old superfan named Sam Tageson, who was born with a heart condition called hypoplastic left heart syndrome, and will likely need a heart transplant someday.

Still, Sam plays hockey and continues to defy his doctor.

“The doctors have given up trying to tell him no,” Sam’s mom said.

And thanks to the Sharks Foundation and Make-A-Wish, Sam got to practice on the ice with the team, meet the players and coaches, and then, coolest of all, skate out for warmups through the “Shark Head” all the players skate through before a game. It’s the first time a non-player has ever been allowed to do that.
Watch this video and realize, once again, how much power a small gesture of kindness can really have. 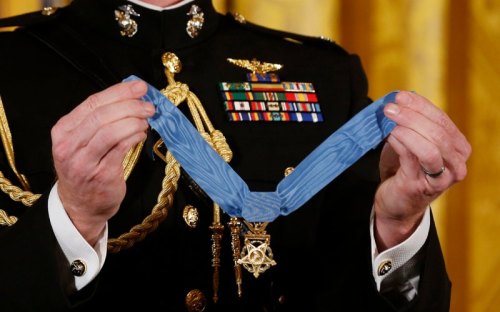 **And finally, props to my friend Andrew for pointing me toward this wonderful story of friendship and loyalty. You may have seen this week that 24 soldiers were awarded extremely belated Medals of Honor.

The story behind one of the awards is incredible; it involved a 40-year fight, on behalf of the uncle of musician Lenny Kravitz, by a remarkable man named Mitch Libman, who grew up in Brooklyn with future Army private first class Leonard M. Kravitz.

Written by Michael Daly of The Daily Beast, it’s a beautiful story of friendship and persistence. Guarantee you’ll feel better after reading it.