And a happy Friday to all! Three really feel-good stories this week to hopefully put you in a good mood. (and unlike the San Antonio Spurs’ home arena, this blog is fully air-conditioned.)

First up, a team of students from Los Fresnos, Texas wanted to help their blind friend, Andres Salas, navigate around their middle school a little bit better.

So they created an app called “Hello Nuvi,” which will soon be available to all students everywhere, and won a Verizon Innovation challenge last week. President Obama then invited them to the White House to celebrate their win, and just listening to the kids talk about the experience, you can feel their pride.

Watch the video above that explains how the app works.

**Next up today, Washington Redskins QB Robert Griffin III is generally thought to be a good guy, and this ought to raise him up a few more notches.  A special needs student at Centreville (Va.) High School named Juwaan Espinal suffers from cerebral palsy

At a recent lacrosse game at the school, Espinal received an invitation to the prom with some help from his favorite football player.

Morgan Assel, a friend of Espinal’s, surprised Espinal with a giant banner at a lacrosse game. It read: “I know I’m not as cool as RGIII, but will you go to prom with me?”

And Griffin was standing behind the banner, waiting to surprise one of his biggest fans. 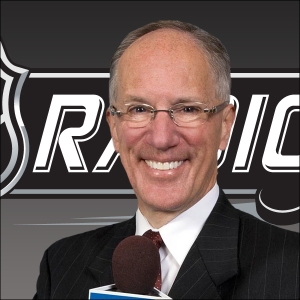 **Finally today, I’ve long been a huge admirer, personally and professionally, of NBC hockey broadcaster Mike Emrick. He’s an enormously likable guy, personally, and he’s quite simply the best at what he does. His hockey play-by-play is the best in the world, and the best in any sport, in my opinion.

But he’s a true mensch because of what he’s currently doing. About two months ago Emrick decided he needed to start thanking the people in his life who’ve helped him along the way. Teachers, friends, broadcast partners, producers, neighbors: anyone who made his path a little easier, and a little better.

So every day he now sits down and composes a hand-written letter thanking people from his past. I just think that is so cool.

“There’s so much that people did for you along the way that they probably thought was nothing at all,” Emrick said. “I wanted to tell them what it meant to me. It seemed like something that needed to be done.”

What a class act he is.

“I figure it is going to take me a couple of years if I do 365 per year,” Emrick said, “just because I keep thinking of people who made a difference in my life.”