Me and Meryl Streep, hanging out on a Tuesday night. A park ranger fired for dancing. Seriously? And a singing Mom belts her heart out while her sons fight 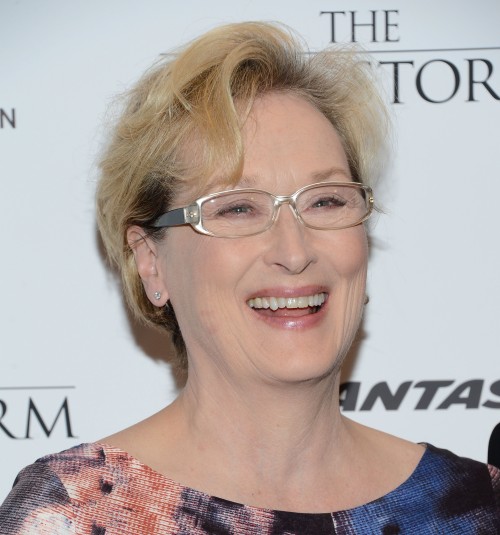 Had a very cool “Only in New York” kind of moment Tuesday night: My wife and I went to a Shakespeare in the Park performance of “Much Ado About Nothing” (if you’re not familiar with Shakespeare in the Park, it’s an awesome free summer series in NY featuring two of the Bard’s plays every year, the only catch being you’ve got to wait on line for tickets for 3-4 hours the morning of the performance you want to see.).
Anyway, so our seats are right near one of the entrances to the theater, and all of a sudden my wife looks over my shoulder and whispers “Look, it’s Meryl Streep!”

And it was. I quickly shouted “We love you Meryl!” to her, because I’m just cool like that. She turned around and smiled at me, then went on  her merry way to her primo seat in the center of the theater.

After a long career as a sportswriter, I never get star-struck around athletes anymore. Politicians? Nah. But when the greatest female actor in American history walks by me on a random Tuesday night? Yeah, I was pretty pumped.

**Next up, a story so ridiculous it sounds like it came from The Onion. But sadly, it’s real.
A park ranger in Tennessee was fired last week after a mother visiting the park was offended by his dancing in the parking lot.
That’s pretty much it. Watch this video and you’ll see this dude was hardly “Madonna during her ‘Sex” book era.
Ridiculous. Absolutely ridiculous. Hope you’re proud of yourself, Melissa Parsons. You put a man named Darrell Nelson just trying to have a little fun out of a job.

**And finally, this was made a year ago but a Facebook friend just posted it Tuesday, and I think it’s fabulous. While Katie Crank’s four sons rough-house with each other on the family couch, she belts out a pretty song and annotates it with what life is like trying to tame four crazy boys.

Really, really funny. Four boys all under 10? That woman be crazy.

Like Loading...
This entry was posted in Uncategorized and tagged Hamish Linklater, Melissa Parsons, Meryl Streep, SHakespeare in the Park. Bookmark the permalink.

One response to “Me and Meryl Streep, hanging out on a Tuesday night. A park ranger fired for dancing. Seriously? And a singing Mom belts her heart out while her sons fight”