Fallon on Charlottesville is his best moment as “Tonight Show” host. The tennis player who serves both lefty and righty. And remembering the great Jim Murray, as always, on Aug. 16 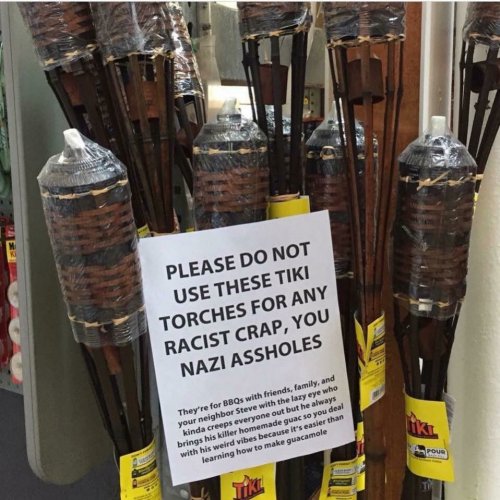 There was, as always, so much going on in the news on Tuesday. I don’t want to spend 1,000 words venting about our President’s remarkable ability to continually compound his own mistakes and make them worse. So I won’t. Instead, a few words about Jimmy Fallon, who took a lot of criticism for having Donald Trump on his show last year and basically “normalizing” him, giving him the softest of softball questions and goofing around with Trump like he was some reality TV star (oh wait, he was.)

I think Fallon deserved a little bit of the scorn but he got piled on quite a bit. He’s always struck me as an earnest, decent guy who does want to please everybody. Monday night he took to the airwaves at the start of “The Tonight Show” and gave this heartfelt opening. Very well done.

**Next up today, it’s mid-August which means you’re probably going to be reading way more tennis posts on here than usual because, well, the U.S. Open starts in a week and I’m going to be covering it every day and it consumes my life for three weeks.

Anyway, in a tennis mood today once I saw this, which I’ve never seen before. A Korean player named Kim Cheong-eui is on the minor-league Challenger circuit, and he does something I’ve never seen a pro do. He serves righthanded serves in the deuce court, and then left-handed serves into the ad court. He also hits forehands with both hands, on both sides.

This is incredible that he’s able to do this, and do it well. Check it out…

**And finally today, August 16 always makes me thing of a few things: One, it’s my Dad’s birthday (Happy birthday, Pops!) Two, my birthday is tomorrow (turning 42 and not too thrilled about it, but being associated with Jackie Robinson and Mariano Rivera for a year, I guess isn’t too bad) and three, I think of Jim Murray.

Every year on this blog on or around Aug. 16 I write about Murray, the greatest sportswriter who ever lived, who sadly left this Earth way too soon, in 1998. I love running excerpts of his columns because they remind me of how brilliant he was, how beautiful his writing was, and how much of a heart this man had.

As always, here’s some Jim Murray, to give you some beauty on a Wednesday…

Here are my two favorite columns of his: First, a touching tribute to his first wife Gerry who had just died. Here’s an excerpt:

She never grew old and now, she never will. She wouldn’t have anyway. She had four children, this rogue husband, a loving family and this great wisdom and great heart, but I always saw her as this little girl running across a field with a swimming suit on her arm, on a summer day on the way to the gravel pit for an afternoon of swimming and laughing. Life just bubbled out of Gerry. We cry for ourselves. Wherever she is today, they can’t believe their good luck.

And second, Murray’s elegy for his left eye, which finally gave out on him in 1979, rendering him mostly blind. The last four paragraphs are just perfect, but here’s another excerpt:

I lost an old friend the other day. He was blue-eyed, impish, he cried a lot with me, saw a great many things with me. I don’t know why he left me. Boredom, perhaps.

We read a lot of books together, we did a lot of crossword puzzles together, we saw films together. He had a pretty exciting life. He saw Babe Ruth hit a home run when we were both 12 years old. He saw Willie Mays steal second base, he saw Maury Wills steal his 104th base. He saw Rocky Marciano get up. I thought he led a pretty good life.

One night a long time ago he saw this pretty girl who laughed a lot, played the piano and he couldn’t look away from her. Later he looked on as I married this pretty lady.

He saw her through 34 years. He loved to see her laugh, he loved to see her happy …  He recorded the happy moments, the miracle of children, the beauty of a Pacific sunset, snow-capped mountains, faces on Christmas morning. He allowed me to hit fly balls to young sons in uniforms two sizes too large, to see a pretty daughter march in halftime parades. He allowed me to see most of the major sports events of our time. I suppose I should be grateful that he didn’t drift away when I was 12 or 15 or 29 but stuck around over 50 years until we had a vault of memories.

God, I miss that guy.

One response to “Fallon on Charlottesville is his best moment as “Tonight Show” host. The tennis player who serves both lefty and righty. And remembering the great Jim Murray, as always, on Aug. 16”