The amazingness of Red Panda, the greatest halftime entertainer ever. The Florida teacher who moonights as a white supremicist. And Kevin Hart explains trying to rush the stage after Super Bowl

So there are some things in life you take for granted: That your spouse will love you. That the light will eventually turn green when you’re driving and late and it’s red for about 412 minutes. That the person in line ahead of you at the supermarket isn’t actually going to inspect every single piece of produce they’re about to buy, examining it like it’s the JFK assassination film.

And, that everyone in the world knows how awesome Red Panda is. But then you discover, not everyone DOES know how awesome she is, and that’s just so wrong, so I’m going to tell you.

Red Panda, if you don’t know, is the most amazing halftime entertainer you’ve ever seen. Her real name is Rong Niu, she’s an acrobat, and she performs at college basketball and NBA arenas all across America.

I’ve seen her live many times, including last week at the Big Ten Tournament at Madison Square Garden. She is… amazing. Sensational. Wonderful. What she does, with a unicycle, and some bowls, is beyond amazing. She’s a legend in the sports world, and when her unicycle was stolen a few months ago, the basketball world reacted as if someone had cancelled Christmas. (Happily, the Golden State Warriors bought her a new one.  Like I needed one MORE reason to love that franchise.)

I shot video of her last week at MSG but it didn’t come out great or convey her awesomeness. So I’m embedding this video shot in much higher quality, from a performance a few months ago.

She’s amazing. Please watch. Here’s a profile story of her. And spread the word. 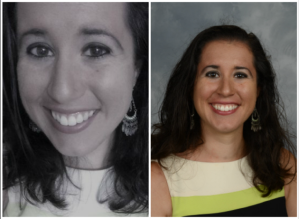 **Next up, here’s a story about our times in 2018. A Florida public school teacher has been recording a podcast for several months that is basically a call to white supremacy.

Dayanna Volitich, of Crystal River Middle School, is a 25-year-old social studies teacher. Under a different name, she records a podcast called “Unapologetic,’ saying things like “It isn’t supremacist or hateful to prefer your own people over others,” and expressed many delightful anti-Semitic views. She also bragged on many episodes about how she had infiltrated the school system and is espousing her racist views on her students.

Anyway, this was all a secret until Huffington Post published a story a few days ago naming her as the podcast host, and of course her school district has since fired her.

But here’s the part that kills me: Volitich now claims her podcast is totally satire.

Her statement: “While operating under the Russian pseudonym “Tiana Dalichov” on social media and the Unapologetic Podcast, I employed political satire and exaggeration, mainly to the end of attracting listeners and followers, and generating conversation about the content discussed between myself and my guests. The views “Tiana Dalichov” espouses do not pervade my professional career.”

**Finally today, I’m not a big Kevin Hart fan, but I acknowledge the dude is funny. What didn’t seem to be funny, though, was the Philadelphia native trying to rush the podium and stage after the Eagles won the Super Bowl.

What was the deal with that? Hart was on Conan the other  night and explained. It’s pretty damn hilarious. Hint: Alcohol was involved.

A long, boring and entirely predictable Oscars almost saved by the last 10 minutes 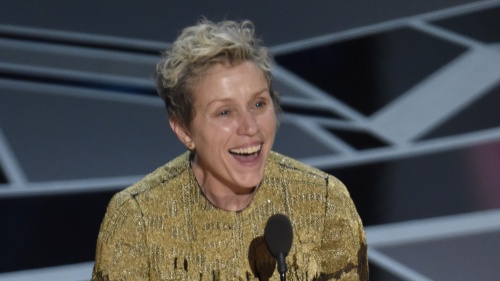 All right, it’s late, I’m tired, and I’m annoyed that that was one of the worst Academy Awards telecasts of my lifetime.

Maybe you loved it; not me. It was almost four hours (which I don’t mind) and did have a few good moments, but for the most part I just didn’t get into it.

As you, loyal readers, know, usually I err on the side of good with awards shows; I almost always enjoy them and give them the benefit of the doubt even when others say they were bad.

But Sunday night, yeah, not good. But in the spirit of positivity, let me first point out the few things I liked, before moving on to the bad.

–OK, so the good: Jimmy Kimmel was terrific as host. The monologue was funny (his joke about Oscar being the perfect man because he didn’t have a penis was great), he addressed the #MeToo and #TimesUp stuff very well, and the idea of giving a Jet Ski to the shortest speech was inspired.

I also loved the gag, though it’s been done before I feel, of taking movie stars into a theater and making regular people part of the telecast. That was cool.

— I also loved: Tiffany Haddish and Mya Rudolph, that bit about white people being concerned there were too many minorities and them reassuring all that “we were just backstage, and there were white people everywhere, there are plenty of them!” was fantastic.

— And the final 10 minutes was terrific. Frances McDormand, predictably, gave a kick-ass speech about empowerment and inclusion and demanding Hollywood give women and minorities more seats at the table. And it was brilliant, freaking brilliant, to have Warren Beatty and Faye Dunaway again give out Best Picture, after last year’s screw-up heard round the world. That was brilliant.

— Oh, and a few of the long montages were great, especially this one (below) highlighting 90 years of great movies.

My goodness that #Oscars 90 years montage was incredible.

–OK, now the bad. And there was a lot. First, outside of Frances McDormand, I didn’t think there were any particularly good or memorable speeches. Second, for a telecast that wants to be so bold, so many of the award winners were predictable. Every year it seems like there’s at least a few upsets (Marisa Tomei, anyone? Can I get a Cuba Gooding, Jr.?) but all of the top categories Sunday felt pre-ordained, since they’d all been won by heavy favorites.

— More bad: I love Allison Janney and am thrilled she won, but this “redemption” of Tonya Harding has gotta stop. This is a bad human being who was part of something really bad being done.

— Also didn’t like Kobe Bryant winning an Oscar because he’s not a good dude, at all, and we still don’t know what he did to that woman in the Colorado hotel room years ago. And that was a very strange “honoring war movies and veterans” montage, it felt very much like “conservatives hate Hollywood and movies so let’s throw them a bone and show how much we like our vets.” It was weird.

— Fashion do’s and don’ts (as usual these are mostly from my wife): Loved Gal Godot’s dress. Salma Hayek looked stunning. Armie Hammer is a beautiful man. But Jennifer Lawrence looked “like an Amazon woman” standing next to tiny Jodie Foster.

And Nicole Kidman, who is almost always flawless and stunning, looked like, in the words of my bride, “a bizarro Barbie Doll.”

— “The Greatest Showman” song performance was stellar. So was Mary J. Blige’s song.

— Finally, I really wish “The Big Sick,” probably my favorite movie of 2017, had won. But Kumail Nanjani is pretty damn funny.

Good News Friday: A college basketball player misses on purpose, for a beautiful reason. On 50th anniversary of his show, why Mr. Rogers always fed his fish. And a beautiful essay from a son to his recently-deceased Mama

March is also one of the times of the year I moonlight in my old job as a sportswriter, and this week I’ve had the good fortune of being at the Big Ten men’s basketball tournament here at Madison Square Garden. (Why is the Big Ten tournament being held here, instead of Indianapolis or Chicago where it normally is? Money, of course. But I don’t care, I get to see great basketball and get paid for it.)

It’s been a great time and it’s given me a great hook for my first good news story of the week, from Chad Leistikow of the Des Moines Register.

The University of Iowa has a player named Josh Bohannon. He’s a sophomore, a really good player, and he’s particularly good at free throws.

Bohannon had made 34 free throws in a row when he stepped to the line late in a game on Feb. 25 against Northwestern. That number was important, because when he got to 34, Bohannon had tied an Iowa school record held by a kid named Chris Street.

Street was a native Iowan and local legend, and on Jan. 16, 1993 Street played with the Hawkeyes against Duke.

Bohannon grew up in Iowa, too, knew all about the legend of Chris Street, and since becoming a part of the Iowa team he’s gotten to know Street’s parents, Mike and Patty.

So on Feb. 25, having made 34 consecutive free throws to tie Street’s school record, Bohannon stepped to the foul line with 2 minutes, 15 seconds remaining with Iowa leading, 73-65. He left the shot short, off the front rim, and pointed to the sky.

What a good kid. He’s so kind,” Patty Street said. “That was so special that he thought of Christopher and that record.”

Here’s what Bohannon said after the game.

"That's not my record to have. That record deserves to stay in his name."

A beautiful gesture by a kid who didn’t want to see his name ahead of Street’s in the record book. Really, really sweet. 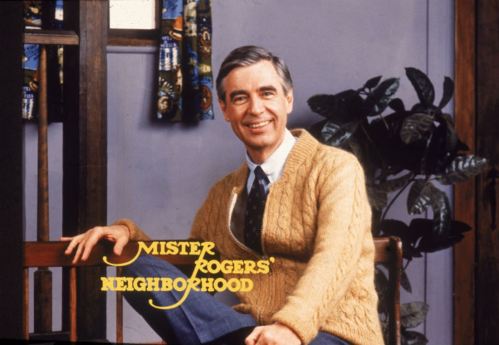 **Next up today, it was recently the 50th anniversary of the start of one of the most beloved television programs in history, “Mister Rogers’ Neighborhood.”

By all accounts, Fred Rogers was one of the kindest, most humble people who ever lived. He entertained millions of us with his words of wisdom, his gentle being, and his smile (Quick aside: I’ve been thinking about Rogers a lot more the last few months because our 3-year-old’s favorite TV show these days is “Daniel Tiger’s Neighborhood,” a direct and approved descendant of the original show.)

To celebrate Mister Rogers’ anniversary, Upworthy.com pointed me to this story about why Mister Rogers always made a point to tell the audience he was feeding his fish. END_OF_DOCUMENT_TOKEN_TO_BE_REPLACED