Is this finally the beginning of the end for Trump? Rare footage of NYC from 1911 is awesome. And “The Americans” steaming toward a big finish 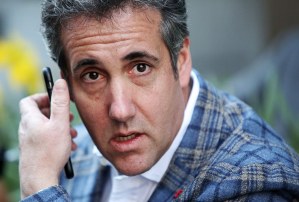 I know, I know, we’ve thought it before.
A major Trump scandal happens, we think “This the End! No way he survives this? How could anyone?” And then the temperature cools down (or more accurately, another crazy scandal happens) and the roach in the White House survives, and we get more nonsensical Tweets, and the rest of us Americans just shake our heads and wonder how he survives.

But these last few days, since the raid on his “lawyer” Michael Cohen’s office, feels different. Cohen knows ALL of Trump’s dirt, since he’s basically a glorified Fix-It man (like Mike on “Breaking Bad” but without the charm) who pays off all of Trump’s women and mistakes.

I couldn’t quite put my finger on WHY this feels different, but Adam Davidson wrote this fabulous piece  for The New Yorker yesterday that really spoke to me. He used our original thinking on the Iraq War, and the financial crisis, to illustrate how Trump will come to the end.

In this way of thinking, any new information about his corrupt past has no political salience. Those who hate Trump already think he’s a crook; those who love him don’t care.

I believe this assessment is wrong. Sure, many people have a vague sense of Trump’s shadiness, but once the full details are better known and digested, a fundamentally different narrative about Trump will become commonplace. Remember: we knew a lot about problems in Iraq in May, 2003. Americans saw TV footage of looting and heard reports of U.S. forces struggling to gain control of the entire country. We had plenty of reporting, throughout 2007, about various minor financial problems. Somehow, though, these specific details failed to impress upon most Americans the over-all picture. It took a long time for the nation to accept that these were not minor aberrations but, rather, signs of fundamental crisis. Sadly, things had to get much worse before Americans came to see that our occupation of Iraq was disastrous and, a few years later, that our financial system was in tatters.

And then there was this…

Cohen was the key intermediary between the Trump family and its partners around the world; he was chief consigliere and dealmaker throughout its period of expansion into global partnerships with sketchy oligarchs. He wasn’t a slick politico who showed up for a few months. He knows everything, he recorded much of it, and now prosecutors will know it, too. It seems inevitable that much will be made public. We don’t know when. We don’t know the precise path the next few months will take. There will be resistance and denial and counterattacks. But it seems likely that, when we look back on this week, we will see it as a turning point. We are now in the end stages of the Trump Presidency.

**Next up today, this is one of the coolest things I’ve seen in a long time: Rare footage of New York City in 1911. Originally filmed back then by a Swedish company called SF Studios, it was restored and uploaded by YouTuber and historian Guy Jones.   According to this story, “the print has survived in mint condition. Slowed down footage to a natural rate and added in sound for ambiance. This film was taken by the Swedish company Svenska Biografteatern on a trip to America. The sound isn’t original but adds a pleasant ambiance and realism to the City scenes.”

So many things stand out to me in this video. I love how slowly people are strolling down the sidewalk, that pace is unfathomable in NYC today. The clothes are fantastic, as are the horses. (I really wish we could wear hats like that again.)

The guy at the 3:20 mark nearly getting run over by a trolley car and not being the least bit ruffled? Very cool. James Bond cool.

Just a marvelous piece of American history in seven minutes. 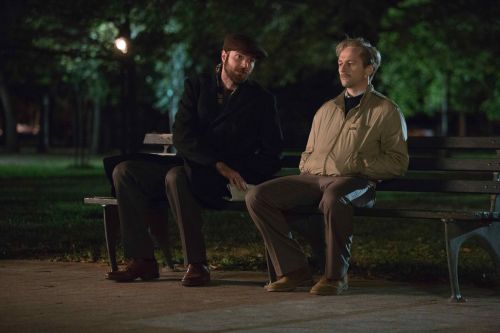 **Finally, my favorite current TV show for many years now has been the spectacular FX show “The Americans,” and it saddens me greatly that every episode in this final season brings us one step closer to the end of the series. It is so beautifully acted, and plotted, and stories so wonderfully intricate, that it’s been a true joy to watch and try to decipher.

We’re three episodes into a 10-episode finale, and it’s been fantastic. We finally have what’s been teased for years, Phillip Jennings (in 1987) living the life of a normal American, while wife Elizabeth carries on her duties as a Russian spy, even as the Soviet Union begins to undergo massive change. And bringing daughter Paige in as a spy understudy has caused massive disruption for Elizabeth.

The body count this year has been high for Elizabeth (are they really going to have her kill someone every episode?). She seems miserable. Philip seems miserable. And we’ve got some incredible, strange new partnerships brewing, like Oleg and Philip.

This show is so damn good. I can’t wait to see how it’ll end, but I really don’t want it to.