The Patriots are less-sucky than the Rams in one of the worst Super Bowls ever. And thoughts on Maroon 5, the heart-tugging ads, and more 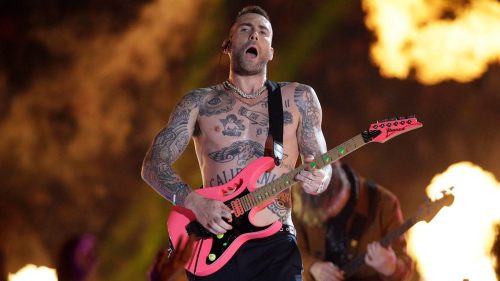 Well that was pretty freaking terrible.

I’ve been watching the Super Bowl every year since I was 8; the first one I really remember watching was at my cousin Robby’s house in 1984, when the Raiders crushed the Redskins. Some years the game is great; others not so good.

But if this wasn’t the worst Super Bowl I’ve ever seen, it’s definitely in Top two or 3. Even the Super Bowl blowouts of my childhood had some scoring; this game Sunday night was ridiculously boring. By the second quarter I was eagerly chatting with the guests at my in-laws house during the game and asking everyone to be quiet during the commercials, when usually it’s the other way around.

This baby was 3-3, in the FOURTH QUARTER! And then the Patriots scored a touchdown, putting together a really good drive, and the Rams and their wunderkind coach and wunderkind QB couldn’t do anything, and the game ended and I would be hard-pressed to remember a single great play in it.

Grrrr. Can we just call the Saints and Chiefs and see if they’re free to play a third-place game next week? Because I have to think either of those teams would’ve put on a better show.

But hey, look, it was a dud of a game, but the Patriots won and have now won a ridiculous SIX Super Bowls in the past 18 years. That is mind-boggling, and always will be. Bill Belichick is a lot of things (genius, cheating bastard, boring, bad dresser) but he’s probably the best person in the history of the world at coaching football, and I can’t ever see someone achieving the feats he has, in as short a time period as he has.

Some quick thoughts on that mind-numbing game before I get to the commercials, which were only slightly better…

— That Rams offense… I mean, wow. I know Belichick is a genius and all that, but how do you score three points in the Super Bowl, with that much offensive talent? I thought the game looked way too big for Jared Goff, the L.A. quarterback. Sometimes it takes a few humiliations for an athlete to achieve something great. Maybe Goff uses this loss as motivation.

— So something was definitely wrong with the Rams’ star Todd Gurley, who tore up the NFL all season, then disappeared the last two games. They can say he wasn’t hurt all they want, but that was NOT the same player. And without him Sunday, the Rams offense was way too one-dimensional.

— Halftime show. I know this goes contrary to the Internet reaction, but I thought Maroon 5 was fine. Nothing great, nothing terrible. The inclusion of SpongeBob threw me for a loop, and while I’m not a fan of Travis Scott or Big Boi, I thought they were fine, too. I would like to say that whoever does Adam Levine’s tattoos must be a super-busy fella, and that I’m not sure what that choir was doing there. But hey, it was fine.

**OK, on to the commercials. I thought they were … decent. I liked the Jason Bateman elevator one for Hyundai, thought the the Bud Light “corn syrup” one was terrible, as was that weird Ridley Scott movie thing.

The Sarah Jessica Parker-Jeff Bridges Stella Artois ad was really clever, and the Budweiser ad with Bob Dylan’s “Blowin’ in the Wind” playing was terrific.

But these were my three favorites, absolutely without a doubt. The best one, that gave me ALL the feels, was this Microsoft ad about adaptive technology controllers for kids with special needs. Just so sweet and heartwarming…

No. 2 for me, and yes I’m biased as a journalist toward this one, was the Washington Post’s fantastic commercial showing just how important newspapers, and reporters, are. Especially when I saw Jamal toward the end, I got emotional and felt so proud of the incredible work so many reporters do every day.

**And my third-favorite Super Bowl ad was this one from Verizon, starring Chargers head coach Anthony Lynn, and the first responders who saved his life after a horrible car accident in 2005. The look of surprise on Lynn’s face when he meets them again… just wonderful.