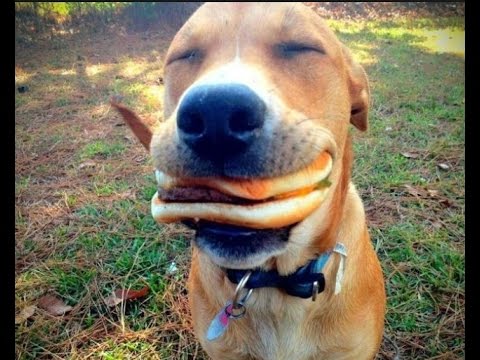 There are times when you read a sentence and it just stops you cold.

And you realize, once again, that for all the sadness and tragedy and anger in the world, sometimes a sentence stops you short and just makes you laugh and laugh and laugh. And then laugh again at how absurd life can sometimes be.

Let me take you to Wisconsin, and the city of Eau Claire, and one of its local Wal-Marts.

The stars of our story are a woman named Lisa Smith, her adult son Benny Vann, and a doggie named Bo.

From a press release after an incident at the local Wal-Mart:

Smith erratically started pulling apart store displays and placing them in her cart. She was asked to leave by staff and left the store to perform karate moves in the parking lot. In the meantime, [her dog] Bo got a box of Jiffy Cornbread Muffin Mix and tried to leave the store.

Smith was arrested and fought with officers — she also attempted to kick out a window on the squad car. While this was occurring, Vann had made his way to the back of the store and removed all of his clothing exposing himself to other customers.”

“The dog was not charged,” the police statement revealed. “Police issued him a warning for the theft.”

“The dog was not charged.”

I mean, COME ON! That’s the funniest thing I’ve read all week. How, exactly, would you charge the dog, and would you put tiny handcuffs around his paws? Would he be able to make his one phone call to his lawyer, or would he have to yelp for help, as they say on “Paw Patrol.”

“The dog was not charged.”

**Next up today, some enterprising USC students were out at the L.A. Festival of Books last week, and my buddy Jeff Pearlman and others who were there snapped this photo.

If you remember, several of the students caught up in the college admissions bribery scandal went to USC.

This gets you in the heart. It’s sadly ancient and beautiful.

Parisians singing as they watch the Notre Dame cathedral burn. What else can they do? pic.twitter.com/WoC2TgM9xZ

**Finally today, a brief bit of uplift and solace after the devastating fire at Notre Dame Cathedral in Paris this week. As someone who visited that incredible place (back in 2007, on my honeymoon with my ex-wife) and was awed by its beauty and history, I was saddened like many millions of others who watched this masterpiece of architecture and ancient symbols go aflame.

Monday night, while Notre Dame burned, I came across this short video of Parisians, singing “Ave Maria” in French outside the cathedral.

Just a short, beautiful moment. And the news that came the next day, that the main structure and two towers survived, were joyous pieces of information.

When beauty is destroyed, it’s a tragedy. But the spirit of these singers moved me a little.