Good News Friday: LeBron’s school showing great early promise on test results. Some teenage boys make a lonely 5-year-old’s life so much better. And a youth chess champion who was homeless before the kindness of others kicked in. 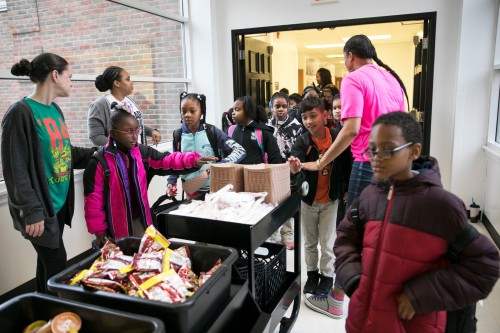 And a Happy Passover and Happy Easter to all of you fine folks out there. I hope you’re having a wonderful day, as you read this my wife and I are preparing to host a Passover seder in our home for the first time, as the new rule seems to be “Michael and Shelley have a house now, they can host everything,” which is fine by us.

Passover is a fun holiday, kinda; the food isn’t all that tasty and sometimes the seder can drag on (“Really, we gotta read ALL FOUR questions???”) but it’s family and togetherness and the desserts are usually good.

Anyway, lots of goodies in Good News Friday this week (the full, unredacted Mueller Report is here! OK, not really, just trying to drive up clicks, ya know), but I want to start with LeBron James and his extraordinary school he founded and opened last year in Akron, Ohio, LeBron’s hometown.

The I Promise School has, in just a few months, shown extraordinary gains in scholastic development and test scores already.

This story in the New York Times the other day has some details:

“This time last year, the students at the school — Mr. James’s biggest foray into educational philanthropy — were identified as the worst performers in the Akron public schools and branded with behavioral problems. Some as young as 8 were considered at risk of not graduating …

“The academic results are early, and at 240, the sample size of students is small, but the inaugural classes of third and fourth graders at I Promise posted extraordinary results in their first set of district assessments. Ninety percent met or exceeded individual growth goals in reading and math, outpacing their peers across the district.”

NINETY PERCENT. That’s astonishing. For kids who were so far behind their peers to come that far, so fast, is such a beautiful thing.

“These kids are doing an unbelievable job, better than we all expected,” Mr. James said in a telephone interview hours before a game in Los Angeles for the Lakers. “When we first started, people knew I was opening a school for kids. Now people are going to really understand the lack of education they had before they came to our school. People are going to finally understand what goes on behind our doors.”

A wonderful start to a school driven by the passion of one man, to give something back to his community.

**Next up today, this is yet another heartwarming story from CBS News’ Steve Hartman.

When 13-year-old Gavin Mabes and some friends went to a skate park recently, nobody was there except Carter Bruynell, a little boy celebrating his 5th birthday with his Mom.

Then something extraordinary happened. Watch this and feel good about our future generation. 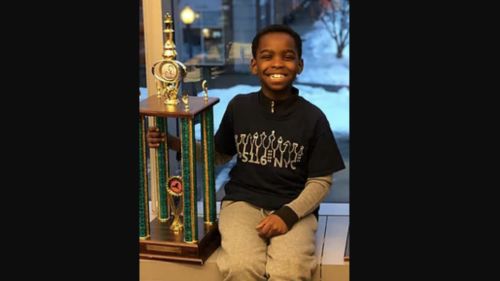 Tanitoluwa Adewumi and his family arrived in America in 2017; he and his family fled northern Nigeria to avoid being killed by Boko Haram terrorists. (You may remember that Boko Haram made international news a few years ago when it kidnapped hundreds of Nigerian schoolgirls).

For a little more than a year, according to this story, Tani and his parents lived in a homeless shelter, as they searched for employment and money while awaiting to see if they will receive asylum.

Thanks to the publicity surrounding Tani and his unusual story, a GoFundMe was set up for the family to secure housing for them, and within a week $200,000 was raised for the family.

“The U.S. is a dream country,” Kayode, Tani’s father, told The New York Times. “Thank God I live in the greatest city in the world, which is New York, New York.”