An upstate N.Y. man pays his misdemeanor court fees… in counterfeit money. A new study says crying helps you lose weight. And the worst team in the NFL might be my Jets. But the Falcons stink, too 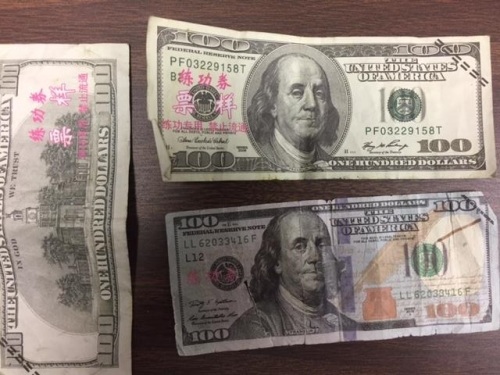 It’s been awhile since I’ve enjoyed a “Stupid Criminal” story as much as this one. From my good friend Will S. comes this tale from my old newspaper in Glens Falls, N.Y., the Post-Star, and the tale stars Michael R. Zakrzewski, 42, of Watervliet.

Mr. Zakrewski, a three-time felon (hey, if you’re good at something, might as well keep doing it) went to court recently to pay a court fine on a misdemeanor conviction.

For most people, this would just be a simple matter of showing up to the courthouse, giving the clerk a check or cash, and be on your way.

But no, see, Mr. Zakrewski, definitely a Rhodes Scholar, thought he would outthink the courthouse on this one.

He decided to pay the fine in fake $100 bills and figured no one would find out.

But somehow, the crack masterminds at the Fort Edward courthouse determined Zakrewski’s money was counterfeit, and now the New York man is charged with four new felonies.

His excuse is classic: He said he got the $100 bills from a gas station nearby, when the clerk said she needed smaller bills so he helped her out by giving her some $20’s.

A likely story! That happens to all of us.

He’s facing up to 15 years in prison on the new charges. Personally, if it were me, I’d have thrown in Boardwalk and Park Place to give the courthouse, too.

**Clip from “Beaches” to illustrate crying.

Next up today, this is one of the strangest scientific studies I’ve seen in a long time. From the great NPR show “Wait Wait Don’t Tell Me,” I heard about this new research that suggests crying all the time can help you lose weight.
Stay with me for a sec:

“According to a study conducted by Dr. Aaron Neufeld of the Los Altos Optometric Group and published in AsiaOne, crying between 7 to 10 p.m. every day can help you achieve your weight loss goals.

The study states that emotional crying helps weight loss because it is linked to hormones that heighten the cortisol level, which is induced when you have bottled up emotions.

It also highlights the three types of tears — the basal tears, which keep our eyes moist; reflex tears which are caused by the environment stressors such as smoke; and psychic tears which are associated with emotions.”

The study cites that only psychic tears can help you lose weight because releasing those type of tears prompts an excretory process that removes toxic substances from the body that build up during times of emotional stress.

Thus, in response to this particular excretory process, the body reportedly can’t store more fat since your body released the stressful hormones through crying.

So that’s right, folks. Forget the fad diets or the hour spent on the treadmill every day. Just get out your old copy of “Terms of Endearment,” grab a tear-jerking novel, or better yet, go watch the clip I posted above of the all-time crying-inducing movie, “Beaches” (I love that movie, not that any of you would be surprised I’m a sap who does).

Hey, whatever helps. Schedule some violent, heaving sobs like you’re Sally Field in “Steel Magnolias”and watch the pounds melt off. 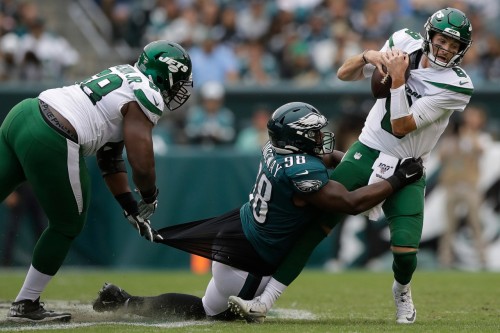 **Finally today, some thoughts from another wild week in the NFL, well, wild unless you happen to be watching the New York Jets, whose games are so predictable they might as just print the headlines in Monday’s NYC tabloids on Sunday morning…

— OK, so the Jets are horrendous, and I could spend 1,000 words about the idiocy of having a 3rd-stringer who has no business ever playing in the NFL making yet another start when you had TWO WEEKS to find someone better if Sam Darnold was still unable to play, but I won’t. Because they’re not worth it. Let’s just say they’re 0-4, Adam Gase has shown me exactly zero ability to coach a football team, and the offensive line couldn’t block Deltona High School’s JV.

— The Steelers and Ravens always, always play outstanding games. Another one Sunday, with the Ravens and Lamar Jackson recovering from a terrible start to win in OT. Man those games are always fun to watch (but brutal to play.)

— Patrick Mahomes is just… ridiculous. Every week he does something crazy as QB for the Chiefs. Check out this play that defies explanation on how he can do it:

We are not worthy, Patrick Mahomes. Via: @nfl. pic.twitter.com/OJK4vT1xS4

— Deshaun Watson is such an easy guy to root for so I’m always happy when he does well. He had a phenomenal game Sunday over the woeful Atlanta Falcons,  who are 1-4 and probably should be firing coach Dan Quinn any day now. Watson threw for four TD’s.

— Finally, there’s A LOT of candidates for the worst team in the NFL. My Jets, the Redskins (who mercifully fired their coach, Jay Gruden, Monday morning), the Bengals, the Dolphins… it’s a race to the bottom for that No.1 overall draft pick.

All I know is, the Buffalo Bills are 4-1 and nothing makes sense.

2 responses to “An upstate N.Y. man pays his misdemeanor court fees… in counterfeit money. A new study says crying helps you lose weight. And the worst team in the NFL might be my Jets. But the Falcons stink, too”