Jerry Seinfeld’s new Netflix special shows he’s absolutely still got it. Remembering those who died in battle on Memorial Day. And the President is taking an unsafe drug every day, shouldn’t we talk about this? 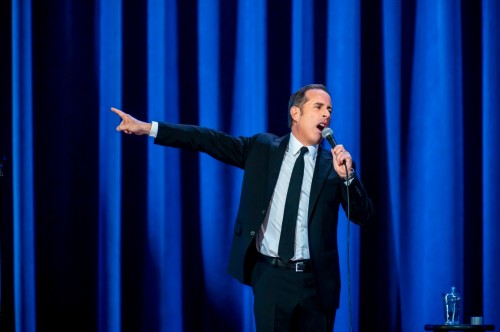 There are certain celebrities who, when you hear their current age, shock you.

No way that actress could be (blank.). That baseball player who was a young phenom from my childhood is now HOW old???

I had one of those moments last week while watching Jerry Seinfeld’s hilarious new Netflix special, “23 Hours to Kill.”

Seinfeld has been known by my family since the early 1980s, when we went to see him perform at Westbury Music Fair on Long Island a few times and laughed our tushes off, while wondering “why isn’t this guy more famous?”

Eventually, of course, he became the most famous and wealthy comedian in the world, thanks to a little NBC show you may have heard of.

Now, I learned last week while watching his special, that young up and coming comedian is 65 years old. Sixty-five! My jaw dropped when I heard him tell the audience at the special how old he was. Doesn’t seem possible that he’s 65; he’s always seemed kind of ageless to me.

But just because he’s now an AARP member doesn’t mean he’s lost his comedy fastball. The new show is fantastic, with all new material that ranges from him trying to figure out the moment texting started (“one day it just sort of showed up, like it had always been there”) to discussing men and women and how men never seem to know the right answer to the opposite sex’s questions.

In most comedian’s hands, this material would seem trite and uninteresting; but Seinfeld is such a master of the minutiae of life, and looks at life in such a different perspective, that it works.

He does a wonderful bit about how everyone’s life sucks, but “my life, maybe sucks a little less than yours.” He riffs about cell phones a lot, and how “when your phone gets down under 20 percent, your whole body starts to drag, like you’re only at 20 percent yourself.”

It’s a quick one-hour, and it’s fabulous to watch a human being who has perfected their craft perform some magic. There is no doubt that while Jerry Seinfeld may have been born to be a comedian, he’s worked very hard at it for the last 50 years.

Watch “23 Hours to Kill” on Netflix. If for no other reason, it’s nice to see a huge crowded theater of people watching a show.

**Next up today, it’s Memorial Day, always a day to remember the millions of Americans who have died trying to protect our freedoms.

(This year it also happens to fall on my 7th wedding anniversary, and I will once again state here for the historical record that I am the luckiest man ever, and have the most amazing wife.)

There is no amount of thanks that can ever be given to our soldiers, so many of whom were killed in the line of duty trying to protect America’s ideals. And so many of them died in senseless, needless wars, that they were sent into by misguided political leaders.

Anyway, wanted to do a little something different this year: instead of a solemn video with all the images you normally see today, I found this heartwarming video: It’s a compilation of soldiers returning home to surprise their families. Big smiles all around. 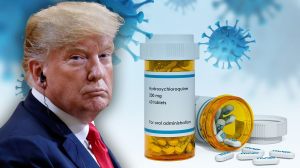 But every once in a while, I like to stop and just look at one thing, in isolation, and realize what an enormous, crazy scandal it would be at any other time in history.
And I ask, “shouldn’t this be a HUGE deal?”

So I want to talk a little about hydroxychloroquine, the drug used to treat patients with malaria that a few weeks ago Trump touted as a miracle cure to help those with Covid-19. He talked it about incessantly for a while, urged people to take it, said it was a good idea. Then, Trump came out and said he himself had been taking hydroxychloroquine every day, despite not having coronavirus. His doctor wrote in a letter that Trump was taking it.

Then this story comes out in the Washington Post last week: “A study of 96,000 hospitalized coronavirus patients on six continents found that those who received an antimalarial drug promoted by President Trump as a “game changer” in the fight against the virus had a significantly higher risk of death compared with those who did not.

People treated with hydroxychloroquine, or the closely related drug chloroquine, were also more likely to develop a type of irregular heart rhythm, or arrhythmia, that can lead to sudden cardiac death, it concluded.

The study, published Friday in the medical journal Lancet is the largest analysis to date of the risks and benefits of treating covid-19 patients with antimalarial drugs. Like earlier smaller studies, it delivered disappointing news to a world eager for promising treatments for the novel coronavirus as the global death toll grows to more than 300,000.”

OK, so let’s review: The President of the United States strongly urges patients to take a drug that’s completely unproven as a treatment for this awful virus destroying the world right now. The same President then says he’s been taking the drug every day. And study after study is now showing that patients taking it have a HIGHER risk of death after taking it.

How is this not a huge deal, that the President has completely, falsely urged millions to take a drug that could help kill them?

I know, I know. It’s Trump, there’s so much manure there that we’re almost numb to it. But this should be a big f’ing deal. And instead, the media shrugs because there’s something worse coming around the bend in 10 minutes.

One response to “Jerry Seinfeld’s new Netflix special shows he’s absolutely still got it. Remembering those who died in battle on Memorial Day. And the President is taking an unsafe drug every day, shouldn’t we talk about this?”