Newtown football, helping a town heal. My favorite “West Wing” Thanksgiving clip. And a homeless man honored for his ethics and generosity 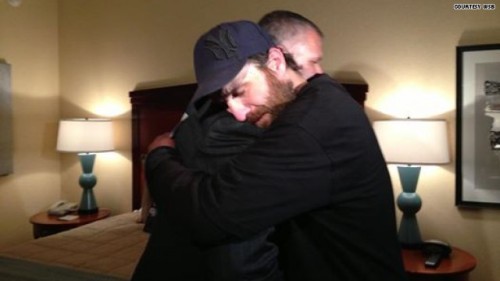 And a Happy Good News Friday to you you all; hope everyone had a terrific Thanksgiving. Mine was stellar as always; family and friends gathered at my aunt’s in New Jersey, where once again I had the best meal I’ve had all year (that’s about 20 years consecutive for that streak). Man, I love everything about Thanksgiving; I have so much to be thankful for, this and every year.

Today I give you a couple of stories of goodness and hope, and a little leftover Thanksgiving humor.

First, a heartwarming little story from Atlanta. Joel Hartman is a homeless man living in Atlanta when he found a wallet while dumpster diving for food a few weeks ago.

Instead of taking all the money, he saw that it was a tourist’s wallet with a foreign ID card. He then took the remarkable step of visiting four hotels before finding out the tourist was staying at the Omni Center hotel.

He turned the wallet back in to hotel security and when they asked, he didn’t give his real name.

The hotel manager was so impressed with the gesture that he tracked Hartman down a few weeks later by canvassing the neighborhood, so to speak, to try to find the hero.

Hartman was then treated to a week-long stay at the Omni, a week’s worth of room service, and given $500.

“When you’re looking through food in the garbage can, it’s probably one of the toughest times of his life. But when you find somebody’s wallet and you do the right thing, I think we’d like to do the right thing by this person,” the hotel manager, Scott Stuckey, said.

**Next up, since yesterday was Thanksgiving, I feel like you’d certainly enjoy this clip from the best turkey day episode of “The West Wing.” This is a compilation of scenes that are among the show’s funniest ever, when C.J. Cregg has to be in charge of which turkey gets pardoned by the President, and which gets eaten.

I laugh every single time, especially toward the end when Donna asks, “You can’t pardon a turkey?” And Bartlet’s line about the Oscars slays me too. 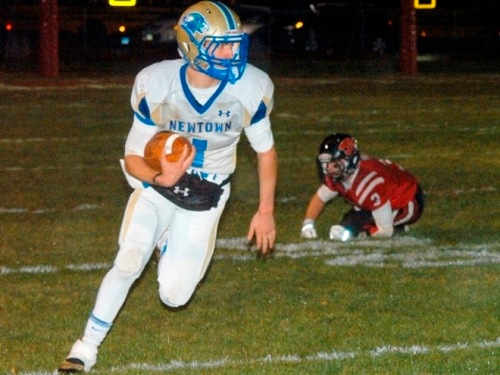 **Finally today, this is, of course, going to be an awful December for the people of Newtown, Conn., as the one-year anniversary of the horrific school shooting at Sandy Hook Elementary dawns on us.

There’s not much good news to be found in the Newtown tragedy, but if you look hard enough, there are a few reasons for the townspeople to smile this year.

The Newtown High football team just completed an undefeated regular season. The Nighthawks have gone 12-0, while dedicating their season to those innocent children killed last year.

“Our players are hungry to win the championship to give everyone in town a great Christmas present and something to feel happy about a year after such a horrible tragedy,” said Newtown High’s head football coach, Steve George.

It’s a ridiculous oversimplification to say anything as trite as the football team bringing a whole town together, and of course a football team’s wins aren’t going to salve any wounds.

But you know what, sports really do help bring communities together sometimes. And maybe, just maybe, if Newtown High keeps winning and makes people in the city feel a little bit better for a few hours a week this December, it’ll be a wonderful thing.