Good News Friday: Elderly Chicago man donates $2 in stock to a great cause. A good Samaritan helps man with seizure. And Usher helps inspire at a camp for kids with diabetes 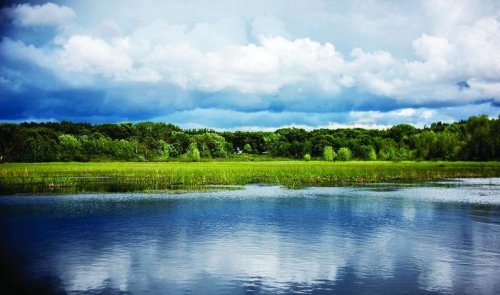 And a Happy Friday to you all. As I sit here contemplating how much fun it must be to write headlines for the New York Daily News these days (check out today’s front page, very subtle) and wondering what in the hell happened to the Nashville Predators last night (really guys? That’s how you come out in a Game 5 of the freaking Stanley Cup Finals?), I give you a few stories to give you a smile heading into a weekend that finally feels like summer.

First up, I thought this was a very unusual and cool story (hat tip to loyal reader Sanford for sending it my way).

A man in Chicago named Richard Gremel bought $10,000 worth of stock in a local drugstore called Walgreen’s 70 years ago, thinking people would always need medicine and groceries.

That stock’s value grew and grew over the years as Walgreen’s became a national chain, and now it’s worth $2 million. Gremel never married and never had kids, so the 98-year-old decided to donate the stock to a wonderful cause: The Illinois Audubon Society, which has dedicated a 395-acre wildlife sanctuary in Gremel’s name. (That’s part of the land that was purchased with his donation, above).

“He’s an American Hero, he’s my hero and a hero to so many others,” said Tom Clay, former executive director of the Illinois Audubon Society. “He has a twinkle in his eye, and doesn’t miss a thing when talking to him.”

What a very cool man. And at 98, he still seems pretty sharp.

**Next up today, check out this amazing video of a Good Samaritan getting out of his car to help a fellow motorist who was having a seizure in Dixon, Ill.  Randy Tompkins (the good guy) was driving along and saw a car moving out of control. He got out of his vehicle and tried to stop the car since the man having the seizure was unable to. Read the details on Facebook; pretty amazing situation. 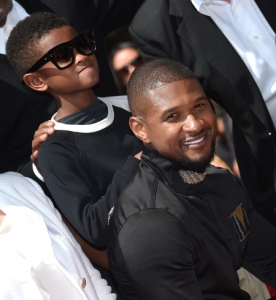 **Finally today, I know very little about the hip-hop singer Usher and his music, but my friend Kathy pointed me to this and it sounds like he’s a pretty good dude. Seems Usher was asked to appear at the Ariana Grande benefit concert in Manchester last week, site of last month’s deadly bombing, but he couldn’t attend and perform. He instead had a more important place to be: His son’s first day at a special summer camp for children with diabetes.

“So happy to see that last night’s concert in Manchester proved that love always prevails,” he captioned a photo of the stage. “I would have loved to be there but it was my son’s first day at Camp Kudzu, one of the few summer camps for kids living with diabetes. This was an important day for him and for myself as a proud father.”

Camp Kudzu sounds like a terrific place; it has to absolutely suck to have diabetes as a kid, with all the attendant needles and annoyances. Good for Usher putting fatherhood first.