Thinking about fathers and sons and affection on Father’s Day. Lonzo Ball’s hilarious Foot Locker ad pokes fun at himself. And an awesome newspaper lede I wished I’d written 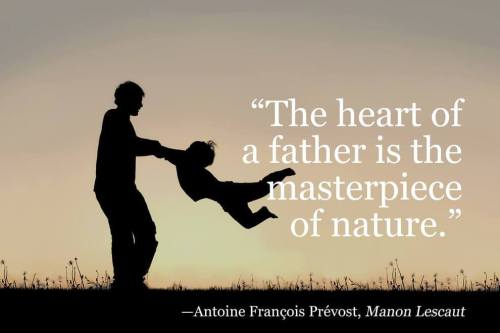 Sunday was Father’s Day here in America, and for the third year in a row I got to experience the wonderful feelings of love from my son, who while at 2 1/2 years old is still not old enough to buy me a present or write me out a card by himself, gives me so much joy every day.

(Sunday, while riding in the car to pick up a few things before going to my Dad and stepmom’s house for the day, we called my stepfather to wish him a Happy Father’s Day. Two or three minutes after I hung up, out of the blue, a little voice from the backseat said, “Daddy?”

I sometimes find myself thinking about fathers and sons, partially because I’m now both of those people, partially because “Field of Dreams” is my favorite all-time movie (and the movie contains the best father-son moment ever captured on film), and partially because it’s a fascinating topic. I’ve been incredibly fortunate to have a wonderful, loving father who shows constant affection and has always been there for me, but I know millions of others never had that.

At the risk of sounding like a preachy right-wing Republican (I’m rarely in danger of sounding like that), every statistic and study shows that kids with good fathers who show them love and interest fare so much better, academically, socially and in any other way than those that don’t.

Of course there are exceptions, people like LeBron James who grew up without the presence of a biological dad yet still achieve incredible heights. But having a dad there seems to make all the difference in so many cases.

It’s funny, my father and I are always hugging and kissing and telling each other we love you, but I’ve met so many people over the years who barely speak to their parents, and haven’t said “I love you” to them in years.

I’m very lucky that hasn’t been the case for me. Read this great essay I saw Sunday by Andrew Potter, who unabashedly discusses showing huge amounts of affection for his little boy, and realize that all that talk about “macho guys don’t share feelings” is so much nonsense.

Hope you all had a wonderful Father’s Day. I got to spend it with my son and my father, and there’s nothing in the world better than that.

**So since we’re all about Father’s Day on today’s blog post, I thought it would be a good day to run this new Foot Locker commercial that cracked me up. If you’re a basketball or sports fan the last few months you’ve probably heard of LaVar Ball, maybe the loudest, most obnoxious, completely clueless sports parent of all time.
LaVar is pops to three budding basketball superstars, the oldest of whom, Lonzo, finished a fabulous freshman year at UCLA, promptly turned pro, and now will be one of the Top 5 picks of this week’s NBA Draft.

LaVar brings overbearing to a new level, has made so many outlandish statements about Lonzo’s ability that to reprint them here would take hours (a sample: “Lonzo is better than Steph Curry right now”).

But thankfully, it seems like Lonzo is a good kid, with a good sense of humor. So he was willing to spoof his Dad’s ways in this commercial. Very well-done.

**Finally today, as a writer you encounter so many stories with ledes you wish you’d written (yes, that’s how we journalism nerds spell “lead,” because that’s just how we spell it in journalism), and the other day I saw this beauty Tweeted out by Wall Street Journal writer Jason Gay. It’s from the Bangor (Me.) Daily News writer Alex Acquisto, and it’s glorious.

“HOPE, Maine — While jogging on a familiar, overgrown, wooded trail near her home on a recent warm afternoon, Rachel Borch thought to herself, “what a beautiful day.”

Little did she know she was about to be attacked by a rabid raccoon she would end up killing with her bare hands.”

I mean, come on, there’s no way you’re NOT reading the rest of that story, right?  There’s video, too (no, not of her killing the raccoon, though that’d be awesome.)

I’m about to cross off the No.1 item on my sports “bucket list,” and I’m insanely excited. And the NBA’s D’Angelo Russell show his humor in a great commercial 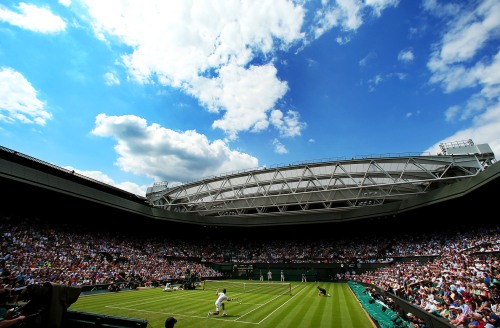 I’ve never written a blog post on speed, and don’t intend to, but you’ll forgive me if I ramble a bit. I’m just so freaking excited, maybe as excited as I’ve ever been about a trip.

I’m headed to London tonight, to fulfill a lifelong dream.

We all carry around, mentally in our heads or on paper, a “things to do before we die” list. Once that Morgan Freeman/Jack Nicholson movie “The Bucket List” came out, people started calling it that.

I’ve got one of those, and because I’m a sports fanatic, some of the things on my list are sports venue-related.

I’ve crossed off quite a few: I went to Wrigley Field,  I went to Dyersville, Iowa to see the Field of Dreams, covered NCAA Tournament games, and seen a few ballgames at Fenway Park.

But the No.1 sports item on my list has always, always been going to Wimbledon to watch “The Championships.” Ever since I first saw it on TV in 1981, when I was 6 and saw McEnroe and Borg slug it out, I’ve been in love with the place.

The beauty of the courts, the grass, the surroundings, the history involved with the most famous tennis tournament in the world… it’s been intoxicating to me.

I didn’t know if I’d ever get there, just to walk around and take in the place, see if I could feel it in my bones. It is tennis heaven, it’s a cathedral, it is magical.

In March, 2008, my ex-wife and I spent a week in London on vacation. I did, of course, go to the All England Club for a tour. I bought some souvenirs, I tried to pilfer a blade of grass from the grounds (I was politely told not to), but it wasn’t quite as great as I hoped. Center Court and Court 1 were closed to us because of construction, and of course there was no tennis being played there.

It was a taste of Wimbledon, and I was happy I got to go, but it wasn’t quite the same as being there for the main event.

My wife has a work conference in London every other year in late June, so I’m flying over to meet her this weekend, and God bless her indulgent soul, we splurged for a travel package of two tickets to the first two days of Wimbledon. Monday we’ve got Court 1 tickets, and Tuesday we’ll be in heaven, sitting at Center Court with the Queen and Prince William and whoever else we get to see.

Our little guy is staying with the grandparents and yeah it’ll be hard not seeing him for five straight days, the longest I’ve ever been away, but you only live once and he’ll understand (when he’s older and I’ve made him into a fellow tennis nut, of course!)

If you hear a news report on Tuesday about a crazy American man who chained himself to the gates of the All England Club and refused to leave, well, you’ll know it’s me.

**Finally today, this made me laugh. D’Angelo Russell had a really rough rookie season with the Los Angeles Lakers last season, low-lighted by a scandal in which he secretly recorded, with his cell phone, teammate Nick Young talking about two-timing his girlfriend.

The video became public, and for a few days sports folks lost their mind decrying Russell for “breaking the code of the locker room” and other ridiculous things like that. Was it stupid what Russell did? Sure. Was it the crime of the century for a 19-year-old? No.

Anyway, Russell and some other NBA players are in a new Foot Locker ad, and it’s hilarious to see Russell poke fun at the whole situation. Enjoy.