I have mixed feelings about all these Confederate statues coming down, but ESPN’s move Tuesday is ridiculous. Rick Astley and Foo Fighters team up because, you know, sure. 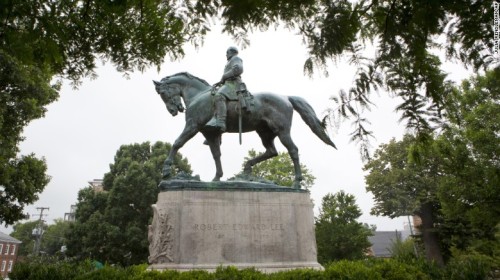 We’ve all seen the reports on the news for the past few weeks, coming in from all parts of the country. San Diego, California. North Carolina. Virginia. Montana. From all parts of America, Confederate statues, monuments and plaques have been coming down.

“They’re a symbol of our racist past!” “How can we honor these men in our parks and neighborhoods, how can we let their awful actions, the way that men like Robert E. Lee and Jefferson Davis tried to split apart our country, just stand there and be honored?”

And on an immediate, visceral level, I get it. There’s no way in 2017 African-Americans, or any Americans, should look at Lee or Davis or Nathan Bedford Forrest and give them any kind of praise or honor. The ridiculousness of our Orange Grifter President saying ‘they’re trying to take away our heritage, and our culture!” again on Tuesday night never fails to make me shake my head in wonder.

There are thousands of statues in thousands of parks all across America, and ask yourself, when you’re in a park in your city or when traveling somewhere else, do you really take a look or even notice these statues? Do you spend minutes of your life reading the plaques and genuflecting before them? Maybe you do. I certainly don’t. These statues were mostly built long, long ago, for one reason or another, and now mainly serve as places for pigeons to poop, or tired walkers to take a rest.

I’m not, in ANY WAY, saying that taking down these statues leads to a slippery slope of renaming every Thomas Jefferson public school or George Washington monument, because hey, they owned slaves too (Note to our moron-in-chief: Owning slaves not quite equal to leading a revolution and breaking away from America to fight a war. As my smart and funny e-migo Luke Martin asked on Twitter recently, “Do other countries have monuments to men who took up arms to rebel and leave the country or is that just a thing in the United States?” Answer to that is no.)

But I just … I don’t know. I don’t know what taking down statues really accomplishes, other than symbolically making a knee-jerk reaction to the current climate. Does it end racism in America? Does it change the mind of people who look up to Lee and Davis as heroes? Probably not.

(As an aside to all of this, did you see this story Tuesday night about ESPN pulling an Asian-American broadcaster named Robert Lee from a college football game at the University of Virginia, because of “sensitivities” in light of recent events? The dude is ASIAN! He wasn’t alive in 1861! ESPN also cited the unfortunate “coincidences” of his name.
I mean… this is about as asinine as it gets. ESPN in a statement later Tuesday claimed that Lee himself said he’d be more comfortable not doing the assignment, but I don’t know… just a ridiculous overreaction by ESPN here.)

Like I said, I’m not sure what the right answer is regarding these statues or monuments, nor am I sure how I feel. It’s more complicated than I expected.

**Next up today, I present the following, without comment. My beautiful Foo Fighters-loving wife told me about this;the Dave Grohl-led band did a concert over the weekend and at the end, they invited Rick Astley on stage, and then they proceeded to Rick Roll the audience by playing his awful 1980s hit “Never Gonna Give You Up,” but in a hard rock kind of way.

It’s quite the spectacle.

**Finally today, I think I’ve said this before but I think some articles are written in the New York Times just for me. Like this one, for example. Eddie Murphy’s hilarious 1983 stand-up comedy special “Delirious” was a huge staple of my childhood; I watched it, listened to it, repeated its best lines over and over with my friends. It was awesome.

Maybe the best part of the special his Eddie’s “Ice Cream Man,” bit, and if you’re already laughing, you’re like me. The New York Times broke down the brilliance of the 4-minute bit, and it’s actually really great.

Of course, the whole bit itself (above) is worth watching first. Definitely NSFW, in case you weren’t sure.

The worst burying of a lede, ever. Another “end of an era” day for my family. And Baby Jessica makes me feel old

If you’re a Gen Xer like me, or older, you’ll remember how America went

completely insane over Baby Jessica in 1987. The little girl in Texas who fell down a well in October was enormous news for three days that month. Hell, it was a defining childhood moment.

I remember how every single person I knew was riveted  by this thing: Is she going to live? How can she survive down there? Why can’t those men in Texas just pull her out of there somehow?

Well, the kid survived, only losing a toe in the process. And America went back to its normal life after a few days, worrying about things like how many arms Reagan sold to Iran. (I love imagining how big stories would’ve been if the Internet was around when they happened. Can you imagine how ginormous the Baby Jessica story would’ve been if we had the Web back then? I think Barbara Walters’ head exploded as it is, trying to get the first exclusive.)
Why am I telling you about Baby Jessica in March of 2011? Because I just read this story in the Boston Globe, that Jessica McClure turned 25 last weekend, and now gets to spend the $800,000 trust fund set up for her after she was rescued.

**So you might remember I wrote a post about my grandma recently, and the painful decision made to move her out of the apartment she’d lived in for 65 years, and into a nursing home.
Wednesday was the coda to that decision; my Mom and my Aunt Linda spent the final day they’ll ever spend in Grandma’s old apartment in Queens, as the lease expires today. I can’t imagine never going back into that apartment, but for my Mom and Aunt, it must’ve been excruciating. They’ve had that little miracle of a home in their lives for six decades; they were infants there, grew up there, came back with their own families there. And now it’s gone, forever.
Yes, it’s a part of life. And yes, Grandma seems to be doing pretty well in her new home.
But man, that had to be hard for my mother and aunt. 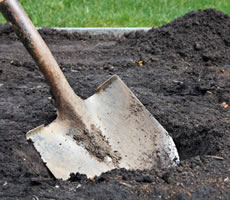 **Finally, this one may only be entertaining to my fellow writers. Or maybe to all of you. It’s the worst burying of a lede (which is what we journalists call the beginning of a story) you will ever see.
So here’s the deal: It’s job of a sports information department at a college to always put a positive spin on things, and to always focus on their team’s effort first. As an example, if State U loses a football game 48-7, you will usually see a lede on State U’s website saying “Despite Johnson scoring a touchdown, State lost to ….”
But sometimes, common sense has to dictate that what your team did isn’t the most important part of the story.
OK, so now you know that, I give you this. In a college baseball game this week, a University of Virginia pitcher named Will Roberts threw a perfect game against George Washington University. It’s only the 19th in Division I history, and 8th in the last half-century.
And yet, here was the lede from the game on the GW sports website:
The George Washington baseball team held No. 1 Virginia to just two runs on Tuesday evening at Davenport Field but were unable to compliment the strong pitching performance at the plate, falling 2-0.

They get around to mentioning the perfect game in the SEVENTH paragraph. In the immortal words of Monica Geller, paragraph Number SEVEN.

Utterly, utterly absurd. Hilarious in its awfulness, though.