An ass’t principal in Tennessee says “girls ruin everything.” Shockingly, he was fired.” The “SNL” season premiere open was spectacular. And NFL Week 4.

We live in strange, scary, but never boring times. Thank goodness there are people around to still make us laugh.

While we ponder what more evidence a new FBI investigation will turn up against Supreme Court nominee Brett Kavanaugh (as if there isn’t enough already, what with him lying to Congress and all), “Saturday Night Live” debuted its new season just in time Saturday night.

Matt Damon as Kavanaugh, the incomparable Kate MacKinnon as Lindsay Graham, let the hilarity ensue… God this was so damn funny. (Also, this was so funny I nearly cried, if you love “Pulp Fiction” you’ll love this.)

**Next up today, been a while since I’ve written about a school administrator who is just too dumb for words, but let me introduce you to an assistant principal in Tennessee who is on adminstrative leave today because, well, he’s just really stupid.

Meet Jared Hensley, the athletics director and ass’t principal at Soddy-Daisy High School in Knoxville. In making a video address to the student body announcing a ban on athletic shorts, he admitted that boys will be unhappy about it, but “if you really want someone to blame, blame the girls, because they pretty much ruin everything.

“Ask Adam, look at Eve – you can really go back to the beginning of time.”

In the video, which was posted to YouTube and then taken down, Hensley continues on from the biblical metaphor: “It’ll be like that the rest of your life, keep your mouth shut, suck it up and follow the rules.”

Hensley has been placed on administrative leave. His ass should be fired. What an asinine, idiotic thing to tell the young impressionable minds of your school. 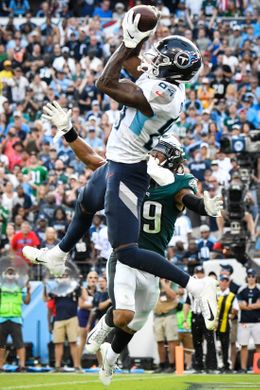 **Finally today, as usually happens this time of year, it was an insanely busy weekend in sports. Two baseball division races need a 163rd game today to decide who goes where in the playoffs (I find myself rooting for the Brewers because they never win anything), we had an amazing, beautiful sendoff here in New York for Mets star David Wright (more on that in Wednesday’s blog), and we had the best NFL Sunday of the season, by far, yesterday.

It’s funny; five years ago, with so many great games going down to the wire, I’d have spent 6-7 hours in a sports bar soaking it all up and loving it. Now? I spent the day with two little boys who live in my house and don’t pay rent, and only watched 2/3 of the Jets game (which stunk). And while I have a tiny pang of regret for not getting to see it all, it’s nothing compared to the fun I have with my boys.

But man, there were some GREAT games Sunday. Some quick-hit thoughts on a day with so many fantastic finishes…

— OK, gotta start with the Browns, the kings of excruciating losses. Coming off their first win in a decade or so, the Baker Mayfields go out to Oakland, take a 14-point second-half lead, choke that up, give up a game-tying TD in the last seconds of regulation to tie the game at 42, then lose in overtime. Ah, Cleveland, hope that free beer made you feel good for a few days. As die-hard Browns backer Joe Posnanski aptly summed it up Sunday night: “They’re more fun. But they’re still the Browns.”

— More great finishes: The Cowboys rallied to win on a last-second field goal to beat the Lions, 27-26. The Cincinnati Bengals suddenly look amazing, coming from behind to beat Matt Ryan and the Falcons, 37-36 with a touchdown in the final seconds. And the Houston Texans and all-world great human being DeShaun Watson, finally getting their first win of the year, 37-34 over the Indianapolis Colts, needing overtime to do it.

— The Tennessee Titans might be pretty damn good. Do you realize they’ve just beaten the Jaguars and the Super Bowl champion Eagles in back-to-back weeks? Sunday they had to go to overtime, convert THREE fourth-down attempts to keep their chances alive, then won the game on a sweet TD pass from Marcus Mariota to Corey Davis (above). Wow. Titans and Bengals, both 3-1, and that’s one more reason to never, ever make sports predictions and wager on them.

— Oh yeah, my Jets. They stink. Like usual. Rookie QB having major growing pains, but that’s expected. The defense being horrible, and the coaching being horrendous, that was less expected. I was actually supportive of bringing Todd Bowles back as head coach, but wow has he been overmatched this year. Probably time for a change.

Have to say, though, as bad as the Jets game was, this TD celebration by Donte Moncrief was pretty stellar. Play that guitar, young man!

Blake Bortles to Donte Moncrief and the Jaguars are definitely in The Good Place today!

— Spare a thought for the Falcons’ quarterback, Matt Ryan. Dude puts up huge numbers every week, yet his team’s defense is so bad that even though Atlanta scored 73 points over the last two weeks, it’s lost both games!
Somewhere in America, Matt Ryan, Dan Marino is waiting for your call.

— Finally, I had to sit through the Jets game listening to ex-coach and analyst Jeff Fisher doing the color commentary, and wow was he horrible. I know it’s easy to rip announcers, but he might be the worst I’ve ever heard. His voice is more sleep-inducing than four doses of NyQuil, he says nothing of any significance, and shows all the enthusiasm of a mortician. How in the world did he ever get hired?