“Her” a dazzling and unique movie. Me and snow: no longer friends. And sexism alive and well at Australian Open

When you go see a Spike Jonze movie, you have to buy in from the start.
You have to accept the ludicrous, fantastical, out-of-the-norm premise of his films, and just go with it, and let the movie take you inside his crazy brain for a few hours.

I let that happen for “Being John Malkovich,” one of the most twisted and hilarious films I’ve ever seen, and for “Adaptation,” another wacky Jonze flick that I loved.

So when I went into “Her,” the Oscar-nominated film about a lonely guy (Joaquin Phoenix) who falls in love with the beautiful voice on his new operating system (Scarlett Johannson), named Samantha, and went where the movie took me.

And man oh man, what an amazing ride it was. “Her” is beautifully written, exquisitely acted by Phoenix and ScarJo (who could really have gotten an Oscar nomination herself just with her voice), and scored musically to perfection.

Take the leap of faith, and you’ll see it’s really a love story, about a lonely man finding that special connection with another, and desperate to make it real, and keep it going.

I don’t want to give too many details of the movie, because it deserves to be explored upon viewing. But in a year of fantastic movies, this one might be one of the two best I’ve seen (“12 Years A Slave” is the other).

Go see “Her” if you believe in love, and incredible movie-making.

**So, for 5 1/2 years before moving back to New York, I lived in Florida. Florida is wonderful in a lot of ways, but what it always lacks is snow. I love snow most of the time, and when you don’t have it for a while, you really do miss it.

So when I first moved back to NY in the summer of 2011, I couldn’t wait for the first snow. I love how pretty the flakes fall onto the ground, love seeing the giant snow piles on the sides of the street, and love walking in soft snow.

Yeah, I’m over that now. Been back long enough to get sick of it, and Tuesday we here in NYC got snow starting at 8 a.m. and it hasn’t stopped as I write this at 10;30 p.m.

I walked 16 blocks in it today, without my snowboots (yes, I’m a fool for not wearing them to school today), with the snow blowing sideways and coming down as hard as rain ever does.

Snow stinks. I’m with Lorelai Gilmore in the above clip from “Gilmore Girls.” Bring me spring and 65 degrees please.

**Finally today, haven’t blogged about it too much yet but this Australian Open has been fantastic. Tennis’ first major has seen Serena and Sharapova lose stunningly, Novak Djokovic, as sure a bet as there is at the Aussie Open, lose his nerve and fall 9-7 in the fifth in the quarterfinals, and the door wide open for some fresh faces to break through and win a Slam.

One of those fresh faces is a delightful 19-year-old Canadian woman, Eugenie Bouchard. She’s reached the semifinals, has a great personality and a ferocious game to match.

And yet, after her win Monday night she was treated to the same old sexist, condescending questions that young female tennis players have been forced to endure for ages.

During the post-match interview, the Australian TV host asked Bouchard who she’d most like to go on a date with.

I guarantee you Rafael Nadal, Bjorn Borg or John McEnroe were never asked this question, but somehow it’s OK for female athletes to still be treated like this.

Just pathetic and sad that in 2014, women athletes still get questions like this.

Another GOP Senate candidate talks offensively about rape. “Parenthood” hitting its groove again. And a time-lapse video to take your breath away

Scattered thoughts on a Thursday while wondering if San Francisco Giants hitter Pablo Sandoval (homers in first three at-bats in World Series Game 1 Wednesday) ever dreamt anything that crazy when he was a kid). And check out the kids in the top row of this great photo of Obama Wednesday.

It’s truly amazing how many times during this election season a Republican politician has gotten into trouble talking about rape.
There was, of course, Todd Akin of Missouri. Linda McMahon in Connecticut, too. (Here’s a handy if frightening guide to all the different “kinds of rape” the GOP feels there is.)
Now there’s Richard Mourdock, a Republican Senate candidate in Indiana who’s locked in a tight race with Democrat Joe Donnelly. During a debate Tuesday night, Mourdock was talking about abortion. Given the previous missteps of high-profile Republicans this year, you’d think he’d be smart enough to be careful with what he said.

This is what Mourdock said Tuesday: “The only exception I have to have an abortion is in that case of the life of the mother,” Mourdock said. “I struggled with it myself for a long time, but I came to realize that life is that gift from God and I think even when life begins in that horrible situation of rape that it is something God intended to happen.”

Disgusting and abhorrent. This man shouldn’t get withing 500 yards of a woman’s right to choose, and his absolute pathetic insinuation that it’s God’s will that a raped woman has a child ought to shame him for 100 years.

But here’s my question: Why, why, why do these politicians even go NEAR the subject of rape? Given their position, there is no good answer, whatsoever. You’d think a party that tap-dances around so much else would figure out a way to avoid this landmine.

But nope, into the trap door of his own mouth Richard Mourdock goes. Just awful.

**Some videos are just too beautiful for words. Watch this Reid Gower time lapse called “Natural Phenomena” and be amazed at the natural beauty in the world.

**Time for one of my semi-regular “Parenthood” raves, which I know my two friends who are huge fans of the show, April and Jenn, will enjoy.

Sometimes I’m mad at the show, but lately it’s been really good, and Tuesday night’s was excellent. Some scattered questions/thoughts…

— Peter Krause is an exceptional actor, everything he’s ever been in he’s been good at (I still miss “Dirty Sexy Money.”). Adam and Kristina are carrying the show right now, and the breast cancer storyline has really been great and very realistic. I think the show always has stuff happen to Adam and Kristina because Krause is the best actor on the show and they just want to give him stuff to do.

— To quote my delightful father during this episode, “Lauren Graham (Sarah Braverman) is the worst mother in the history of the world.” Not sure I’d go that far, but yeah.
She kisses Ray Romano while engaged to Mr. Cyr, then panics and moves in with Cyr and schleps her poor son Drew, midway through his senior year of high school, in with the fiancee who we just know she isn’t going to marry.
She has been a consistently terrible mother for just about the whole run of the show. Hell, Lorelai Gilmore was better than her and she got knocked up at 16.

— That scene with Crosby and Jabbar praying was adorable, especially when Jabbar, upon hearing Crosby tell God about Kristina’s cancer, says “Oh, he knows that already.”

— My fiancee brought up a really good point: Kristina’s going through breast cancer surgery, yet her family is nowhere to be found, anywhere. As far as we know, she and Joel have no parents or siblings; only Braverman family members can be shown.

— You just knew Jason Katims (the brains behind “Parenthood”) wasn’t going to embarrass Max during his speech for student council. It was warm and moving and just a great little scene, especially Haddie’s reaction.
— Have to steal this comment from a message board post I read about “Parenthood” tonight, and it will only make sense to other “Friday Night Lights” fanatics:
” Last season Haddie went out with Vince Howard. This season Amber is going out with Luke Cafferty. I look forward to next season’s arc, when Sydney goes out with Tinker.”

A Happy Mother’s Day to All. And a quick reminder that I’m getting old 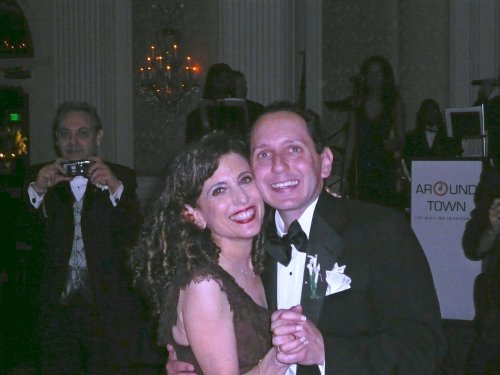 Happy Mother’s Day to the most wonderful people on Earth, the people who wipe our rears when we’re little, wipe our noses when we’re a little bigger, and then worry about us for their whole lives.

I’m blessed with a mother, mother-in-law, and stepmother who all bring joy to my life. I only hope you are as lucky as I am.

So here at Wide World Stuff, I’m giving you a couple of little tributes to Mother’s Day.

Here’s a column I wrote a few years ago that made my sports editor and his wife cry (hey, always the sign of a good story, right?)

It’s about a high school softball coach dealing with unbelievably high and low emotions around this time of year. It’s one of my favorite pieces I’ve written here in Daytona Beach.

Because I’m also sappy beyond words at heart, here’s a link to a few pretty special “Chicken Soup for the Mother’s Soul” stories:

And then, because who doesn’t love a good TV mom, a few clips from the greatest ones of my lifetime:

Thanks Carol. Words to live by. And now, the greatest Clair Huxtable rant of all time. Fast-forward to 2:01, and enjoy four minutes of unadulterated humor:

And finally, my favorite TV mom of the last 10 years, the incredibly cool and wise Lorelai Gilmore…

**So it’s the little things in life that remind you of your age, isn’t it? I’m thumbing through my University of Delaware alumni magazine Saturday (I love reading my alumni mag), and I get toward the back where the wedding section is.

And I’m looking at the years of graduation of the people getting married, and I realize they’re all younger than me. And I thought: I have no reason to be looking at this section. Just about everyone my age that I knew from UD is married.

So I turned to the babies section. Ah, that’s better. More people my age.