A minor league baseball team channels “Game of Thrones” for an awesome food item. Adam Sandler’s beautiful Chris Farley tribute song on “SNL.” And a beautiful story of a Hispanic immigrant kid making so, so good. 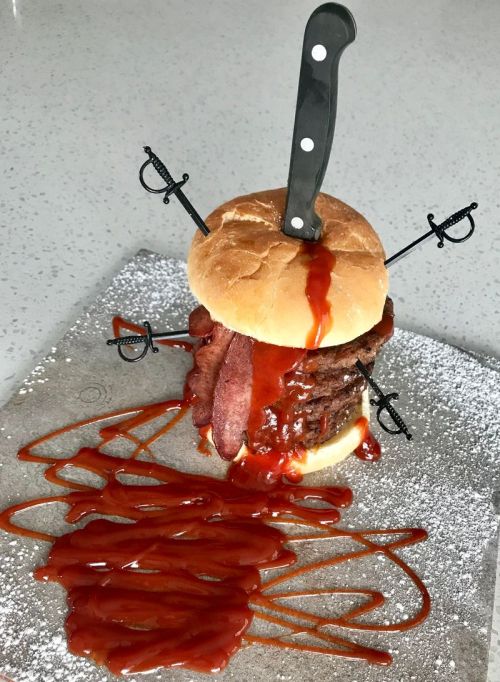 I am one of those people who’ve never seen one episode of “Game of Thrones.”

I know, I know, everyone you know swears by it, they’ve been throwing around words like “Arya” and “Winterfell” and it’s the greatest show ever, how could you not watch it, yada yada yada.

What can I say, it’s not for me. What I CAN appreciate, though, is a great minor-league baseball promotion capitalizing on a pop culture phenomenon, which is why I love the Hartford Yard Goats so much right now (and not just because of their awesome nickname).

Check out their newest menu offering at the ballpark on a special May 11 promotion all about “Game of Thrones.”:

From the Hartford Courant story: “It’s called the “Seven Kingdoms” burger, and it features seven all-beef patties “bloodied” with sriracha ketchup and topped with “dragon bacon” (aka turkey bacon). Four sword-shaped toothpicks holding the patties together represent the four families.

The “Seven Kingdoms” burger, available exclusively at the Dunkin’ Donuts Park that night, will be sold for $28 at the Sheriff Tim’s Patty Wagon concession stand by the park’s main entrance.

I have two completely contradictory thoughts on this: 1, That is one of the more disgusting food items I’ve ever seen in my life.

And 2, I totally would want to try to eat one.

**Next up, I saw this over the weekend but with Monday’s blog being a special one, I wasn’t able to share it with you until today. Adam Sandler made a long-awaited return to “Saturday Night Live” last weekend, and along with cameos by Chris Rock, Kristin Wiig and others, Sandler killed it with some great characters from his past, including “Opera Man.”

But the highlight was definitely this song he performed, “My friend Chris Farley,” about the late great comedian who starred with Sandler on “SNL” and in movies.

Really sweet stuff about a man lost way too soon. (As an aside, how is it that Adam Sandler doesn’t age? Dude is 52! And still looks like he’s 30.)

And, because I know you want to, go ahead and watch this: Swayze. Farley. The “SNL” Chippendales sketch. So damn good. 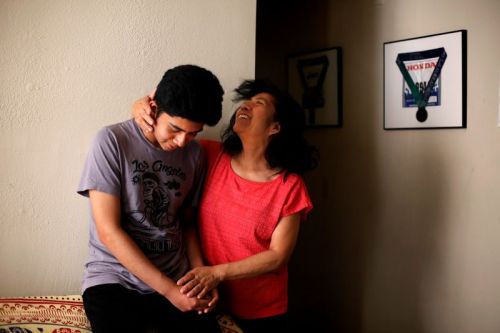 **Finally today, I want to share this beautiful piece of storytelling from one of my favorite newspaper writers working today, someone whose work I’ve highlighted here a bunch of times over the years, the great Steve Lopez of the L.A. Times.

Lopez spent some time over the past few months with Oswaldo “Ozzie” Vazquez, who was born in America, went back to Mexico with his family as a boy, and then returned a few years ago, and has excelled beyond his own and his hard-working mother’s wildest dreams.

I don’t want to give away the ending, but everything about this kid screams wonderful, future leader of America. Just to give you an example of this kid’s maturity, here’s one quote from the story, on Ozzie’s career goals:

“I want to start off as a computer programmer,” Ozzie said of his career plans, “but my ultimate goal with computer science is to conduct research on artificial intelligence and machine learning for humanistic applications…. Once I retire, I want to be a teacher at my high school and just give back, and try to make kids be more engaged and have fun.”

The NYPD looks to the movie “Road House” for guidance. An awesome new commercial from Mentos. And the Prime Minister of Israel, desperately trying to stoke fears 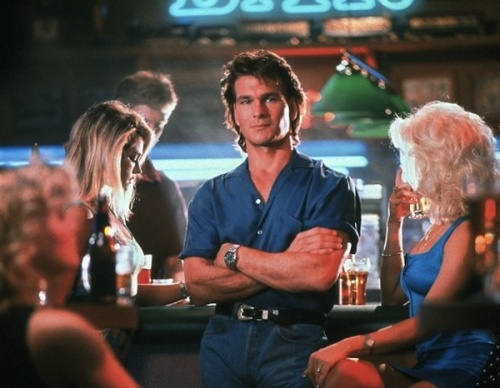 When I worked in Wilmington, N.C., right out of college I had a great buddy named Randy.

Randy and I worked on the newspaper together on the same late-night shifts, and we’d get off work, get some food, and go back to his apartment and play hour after hour of EA Sports NHL hockey on his Sega Genesis. (In this respect, we were like millions of other single guys in their 20s during the 1990s. Just watch the video game scene in “Swingers,” that’s what we were like.)

Anyway, Randy had many delightful quirks, but my favorite was his insistence that the greatest movie of all time is “Road House.” Yes, “Road House,” that awful Patrick Swayze movie from 1989 where he plays a tough bouncer who cleans up bad guys with his fists.

You should’ve seen the passion with which Randy would defend “Road House” when I mocked it. You’d think I’d insulted his mother or something.

Anyway, I haven’t talked to Randy in years but I smiled thinking of him this week, when I heard about this unbelievable but true story: The NYPD is using the film to help train its officers.

Seriously. Apparently the scene where Swayze’s character, Dalton, tells a bunch of tough guys to “be nice, until it’s time not to be nice” has been shown as part of a mandatory, three-day retraining course for 22,000 cops.

**Next up, following the Ad Week Twitter feed continues to lead me to advertising gold. Remember the old highly-mockable Mentos commercials from the 1980s and ’90s? I have to believe they were intentionally cheesy, because nothing that bad could be an accident.

Anyway, Mentos is back with some new commercials, and this ad for something called NOWMints is hilarious and weird. Enjoy…

**Finally today, what can I say about Israeli Prime Minister Benjamin Netanyahu, and what a ridiculous, pompous, obnoxious politician he increasingly is?

He came to the U.S. Tuesday at the invitation of GOP Speaker of the House John Boehner to address Congress, against the wishes of the President (can you imagine, by the way, if the Democrats had pulled something like this, ignoring George W. Bush’s wishes and inviting a foreign leader to speak to a Democratic-led Congress? The right-wing talking heads would still have smoke coming out of their ears.)

And what a surprise, in his speech Netanyahu basically poured a bucket of crap on the painstaking negotiations nearing completions between the U.S. and Iran over nuclear disarmament.

He doesn’t care that progress has been made, doesn’t care that an agreement is closer than it has been in ages. No, Bibi is as big a war hawk and fear-mongerer as there has ever been, and his insulting, condescending speech, lecturing America about the danger Iran presents (as if we were all clueless first-graders unaware of this) was yet another example of a man who does not want peace, or only wants peace under 100 percent his terms.

Of course this deal could be better, no agreement is ever perfect. And of course, Netanyahu offered no alternative solutions, because he doesn’t want one; he just wants to keep carping and screaming and whipping up America into a frenzy by arguing that no deal is good enough.

I don’t understand why this man is shown such unflinching support by American politicians, I really don’t. He’s nothing short of an impediment to peace, and it’s a disgrace he was given this forum on Tuesday to spew his fear-mongering.