“Choose Your Own Adventure” books awakened my imagination. An incredible musical collaboration on a “God Only Knows’ remake. And a really bad day for the Manning family 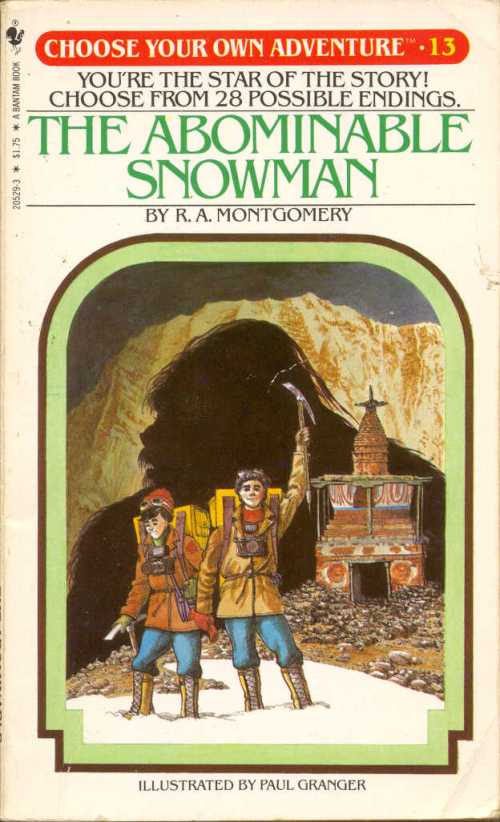 I get nostalgic for a lot of things from my 1980s childhood. Hey, I’m a sappy, sensitive guy.
When John Hughes died, I was crushed and wrote a long piece about him. Whenever any relic from my past shows up in contemporary pop culture (like when a 2XL robot appeared in “Argo”), I get way too excited.
Last week I had another wave of nostalgia hit me when I read that the creator of the “Choose Your Own Adventure” books, R.A. Montgomery, died on Nov. 9.

Before I read and became obsessed with sports, before I tore through the “Little House” books and Encyclopedia Brown and a million others, I was totally enthralled with “Choose Your Own Adventure.”
I’d get one from our public library, or the school library at North Ridge Elementary, and I couldn’t wait to devour it. I’d read it as fast as I could, going through all the permuatations and possibilities (“well of course I’m going to follow the suspicious man into the bank, who wouldn’t?”), and then anxiously await my next library trip.

Those books opened my mind, and the minds of millions of others, to new ideas, new possibilities, and of course, new adventures. For a few hours I could forget where I was, and who I was, and go on incredible voyages without leaving my seat.

Thank you, R.A. Montgomery, for making my childhood a little bit happier, and giving me reading experiences I’ll never forget.

Very cool backstory on how the “Choose Your Own Adventure” series got started here, courtesy of MentalFloss.com.

**Next up, my awesome friend Melanie pointed me to this on Facebook, and I’m so glad she did: The BBC and a charity called Children in Need, in England, got a Hall of Fame-level group of singers together to record the Beach Boys’ classic “God Only Knows” and perform in this awesome video.

Elton John, Chrissie Hynde, Brian Wilson, Stevie Wonder… the list goes on and on. The video is psychadelic and fabulous, and the song is timeless. Hope it raises a ton of money for charity. 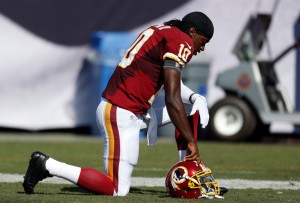 **Finally, Sunday was a really, really bad day for the Manning family.
At least, the Mannings who make their living playing quarterback in the NFL.
Peyton and his team were stunned by St. Louis, 22-7, with the Papa John’s pitchman tossing a couple of interceptions.
And little bro Eli, well, Eli had one of those Eli days that crop up every season, where everything goes wrong, it’s not all his fault, but the stats look really ugly.
Eli tossed FIVE interceptions in a game the 49ers desperately tried to give to the Giants, but ole’ No. 10 just kept chucking it to the other team.

Yeesh, seven picks between the Mannings. Hope Archie didn’t watch any of it.

— Remember when Robert Griffin III was basically going to be the Redskins’ savior, and Barack Obama’s sports counterpart as a messiah, hero, etc.? Yeah, about that. Washington fans were chanting for Colt McCoy in the fourth quarter. Colt McCoy! As one Redskins fan on Twitter said aptly, “God is punishing Dan Snyder, and the rest of us (Redskins fans) are collateral damage.” Jason Gay of the Wall Street Journal forced himself to watch Bucs-Skins and wrote a really funny article about it here.

— The Jets are 2-8. The Giants are 3-7. New York football, it’s FAN-Tastic! Seriously, why would anyone pay money to go to the Meadowlands the rest of the year.

— The Atlanta Falcons are in first place in the NFC South. With a 4-6 record. And I just know in January a 10-6 NFC team like the 49ers will have to play a road game at 6-10 division champ Atlanta or New Orleans. Which is a disgrace. But that’s what the NFL guarantees a division champ: One home game.

— The Packers. I mean, 50-plus points in two straight games? Insane. Meanwhile, Mark Sanchez came back down to Earth, which all Jets fans enjoyed.

— Finally, two quick thoughts from the Sunday night game: Adam Vinatieri is 41 and still kicking 50-plus yard field goals; he’s gotta be a Hall of Famer one day. And two, someone named Jonas Gray scored four TD’s for New England, because of course any guy off the street could be signed by Belichick and be awesome. God, it gets tiring hating the Pats…