The robot who gives you a sponge-bath. And STD pee tests through your phone (seriously) 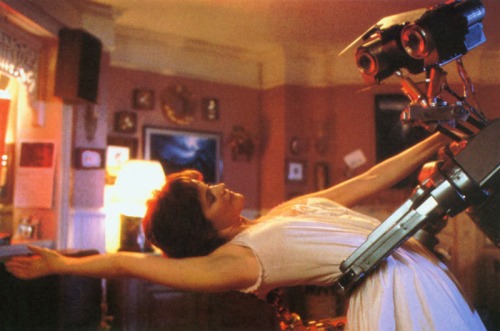 Two stories today that make me shake my head in amazement. Traveling back to NY for Thanksgiving today, too, so maybe I’ll get wanded or strip-searched! I should be so lucky.

Regular readers of this blog know that from time to time I highlight new advances in robot technology. Partly because I’m fascinated by the idea of machines taking over the world, and partly because I secretly wanted to be a Jetson family member as a kid. (By the way, I just spent wonderful five minutes on the Wikipedia page for The Jetsons. I love the Internet.)

Anyway, this stuff amuses and amazes me. The latest breakthrough comes from Georgia Tech University, where they’ve invented Cody, the robot that gives you a sponge bath. The robot uses lasers to figure out which parts of your body needs to be scrubbed (because really, we all need a good scrubbing from time to time), and then it goes to work. There’s more to it, and if you’re really interested in the science, click here.
Me, I just got creeped out, and alternately excited, watching this video below. Nothing more romantic than a sponge bath from a robot, is there? Maybe if Johnny Five (above) had given Ally Sheedy a sponge bath in “Short Circuit”, they would’ve had a more fulfilling love affair.

**OK, this story is just so, so wrong. A company in Britain has come up with a way to tell if you have an STD: Pee into your cell phone.
Seriously, I wouldn’t make this stuff up.
Let’s let The Guardian, a British newspaper, explain:

“Doctors and technology experts are developing small devices, similar to pregnancy testing kits, that will tell someone quickly and privately if they have caught an infection through sexual contact.
“People who suspect they have been infected will be able to put urine or saliva on to a computer chip about the size of a USB chip, plug it into their phone or computer and receive a diagnosis within minutes, telling them which, if any, sexually transmitted infection (STI) they have. Seven funders, including the Medical Research Council, have put £4m into developing the technology via a forum called the UK Clinical Research Collaboration.

Where do I begin with the jokes? This would give new meaning to the term “downloading.” Do you say to a woman or man you’re about to sleep with “Look, I really like you, but I gotta be safe. Can I have some of your urine?”

And how is it that a person would go about getting urine onto a tiny micro-chip anyway, with toilet paper? And who the hell wants to be near a cell phone that smells like pee?
Those Brits, they just don’t think of the consequences.
STD tests through your phone. Unbelievable. Makes you long for the good old days of embarrassing chats with your doctor about your “Friend” who hooked up with that stranger in Toledo.