The strange new sensation I felt last week, when I fired someone for the first time. A 10-year-old rocks with Foo Fighters on stage. And looking back at the 1968 Smith/Carlos Olympic protest, with echoes of today 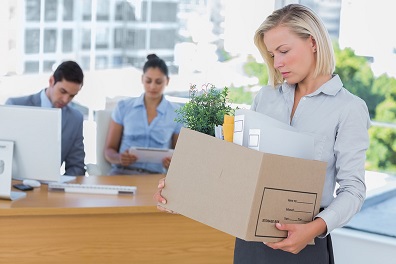 Have you ever had to fire someone? It’s kind of an unsettling experience.

I’m 43 years old, and until last week, I don’t think I’ve ever had to tell someone they were no longer needed or wanted, and that I or the company I worked for wanted them to stop showing up to work, because we’d stop paying them.

I mean, I’ve been a part of discussions about firing someone, but never had to actually do it.
And like most people, I think, I’ve been fired myself. Twice, actually. Th e first time was from a temp job in college that I hated, a telemarketing gig that I was just terrible at. After the third day I told my Dad I was quitting at the end of the week, and then on Day 4 they called me at home and said not to come in to work, I clearly didn’t have the knack for the job, etc.

I just laughed. I wanted to be all like “You can’t fire me, I quit!” but didn’t even get the chance, the guy hung up the phone pretty fast.

I was also fired from my writing/editing job at SLAM Magazine but after the shock wore off I realized I was happy not to be there anymore. I hated the job and it led to many much better things in my life.

Anyway, I’d never actually had to pink-slip anyone, until last week. When we moved to Long Island in June we hired a new part-time nanny, and we had high hopes for her. She had glowing recommendations, seemed great in the interview, and had no reason not to think that she’d work just well with our two boys.

But from the start, there were problems. Her English wasn’t great, which meant we had communication issues on a lot of things. She still, months after starting, was asking questions about basic things about our baby son’s routines, and a few times she outright ignored or didn’t do things I’d asked for.

So finally a few weeks ago my wife and I talked about replacing her, and after finding someone new to replace our current nanny, it was time to let her go.

All last week I rehearsed in my head what I would say, trying to get on auto-pilot like George Clooney’s character in the fantastic film Up in the Air. I also felt bad for doing it; this woman was trying her best, she just wasn’t doing what we asked. Like I said, I’d never had to do this before.

When last Friday came, after I thought I had anticipated all reactions I’d get when telling the nanny she’d been let go, I was surprised by her reaction.

She had almost none.

I said my little spiel about how it just wasn’t working out, and she said “OK.” And then “fine.” And a little while later, “OK.” (She also, oddly, asked if I knew anyone else who was looking for a nanny. Ummm, not sure I’d recommend to a friend someone who I didn’t think was good at the job we’d hired her for.)

There was no protest, no demands of reasons or specific details. Just OK, fine, and there was no anger or hard feelings at all.

The whole conversation lasted less than five minutes, she took the envelope I gave her with two weeks pay It was so simple, so easy. And so strange.

I’d never want to have a job where I fired people all the time. Too stressful.

But for my first time, it went pretty OK.

**Next up today, one more reason why Dave Grohl and Foo Fighters are awesome. The other night in a concert in Kansas City, a 10-year-old local music whiz named Collier got to go up on stage with Grohl, and play a couple of Metallica songs (including “Enter Sandman” which strangely and happily has become a huge favorite of my 4-year-old. I’m doing parenting right, I tell ya!).

The kid is a really good guitar player! And Grohl is a mensch for what he does at the end. Really cool stuff.

**Finally today, Tuesday was the 50th anniversary of one of the most famous moments in Olympic history, when U.S. sprinters John Carlos and Tommie Smith raised black-gloved fists in protest during their Olympic medal ceremony.

Carlos and Smith, channeling the Black Power Movement, were immediately criticized and ostracized here in America, with newspaper columnists, U.S. Olympic Committee execs, and so many others being outraged at the nerve of these two athletes.

Of course, what many others saw was two men using their moment on the world stage to bring attention to the plight of African-Americans in the U.S., where their civil and human rights were violated regularly.

Smith and Carlos, with a half-century’s distance, are now looked on by many as heroes for what they did, as they should be. Their powerful protest continued the grand American tradition of protest, and athletes making their stands today, like Colin Kaepernick and LeBron James, owe a debt to Smith and Carlos.

Amid the media coverage of the anniversary, I thought this was very interesting: Writer Andrew Maraniss posted a clip on Twitter of Howard Cosell, from 1968, talking about Smith and Carlos (hat tip to my friend Dave for pointing me toward this). As Maraniss says, change the names and this clip is extremely relevant still today. Pretty brave stance for Cosell to take at the time.

Here’s what Howard Cosell had to say in support of Smith/Carlos protest in Mexico City 50 years ago. Change the names, his commentary is just as relevant today pic.twitter.com/Liu6FbpzX9