A very cool NYC story about a man selling newspapers in the same spot, for 36 years. An emotional, fantastic national anthem in Toronto after tragedy. And a college class where you get extra credit for dating. 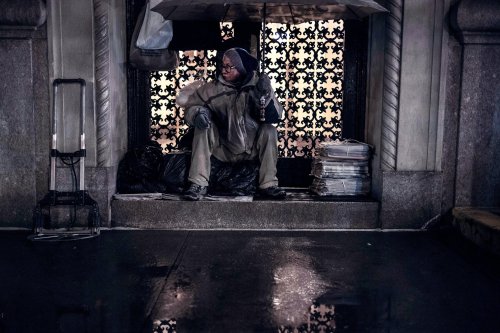 So I’ve mentioned here that me and the family are moving out of Manhattan to Long Island in about two months, and there’s a ton of things I’ll miss:
The pure pace and speed of the city. How you could walk 20 feet in any direction and get a fantastic slice of pizza, a great bagel, or a place to enjoy terrific Chinese food.

So many little things I’ll miss, including finding out about what I’ll call “unsung legends” of the city. Those are the people who get very little attention or credit, but are a huge part of the fabric of this place, which has eight million people but still can feel like a small town.

I was reading on a bus Tuesday and stumbled upon this wonderful story from Sunday’s New York Times about a man named Ram Badan Singh. He’s 81 years old, he emigrated from India in the early 1980s, and for the past 36 years he’s stood every morning at the corner of West 86th Street and Central Park West, selling newspapers.

He’s there in the rain, the snow, the hurricanes and the freezing Nor’easters. He has his regular customers who support him, he battles with the nearby building about use of their foyer to escape the cold and heat, and he’s a true New Yorker through and through.

He doesn’t have a newsstand, just a man out on the corner, selling newspapers. And never missing a day because a man wakes up and goes to work and knows he’s being counted on.

“But there are two good reasons Mr. Singh has prevailed so long at this Upper West Side corner: his iron devotion to the job, and his customers’ devotion to him.

One by one over the years, they have each made the silent decision to continue buying from him, paying full newsstand prices and often walking blocks out of their way, past other vendors, rather than reading the news online or getting home delivery.

They fetch his takeout meals and draw him into conversation. They buy him warm coats and scarves and sneakers. Some trade emails about his health, which has been remarkably robust despite an occasional scare. (“He didn’t get to the corner until 5:30 instead of his usual 3,” a neighbor messaged to another on a morning in 2014. “He said he has to down cough syrup twice in the night now, and this time it knocked him out.”)

A physician in the White House arranged for a free chest X-ray. The superintendent at another building lets Mr. Singh into the basement for bathroom breaks. Customers stand guard over his papers until he returns.

His own home is a rent-controlled apartment in an S.R.O. hotel 20 blocks north, where he lives alone. He has no family in the United States. For Mr. Singh, it’s all about the corner.

“If I am not there for my neighbors, then I feel bad,” he said. “I like my customers. I do my duty.”

**Next up today, by now I’m sure you’ve heard and read about the horrific murders in Toronto when a man drove his van through the street and killed 10 people. It’s a horrible, horrible situation that could’ve been much worse.

The Maple Leafs hockey team played a home game Monday night, hours after this happened. They say sports are a great unifier, and a great healer. I don’t know about all that, but I do know this was one sensational rendition of “O Canada” from the Toronto fans Monday night. 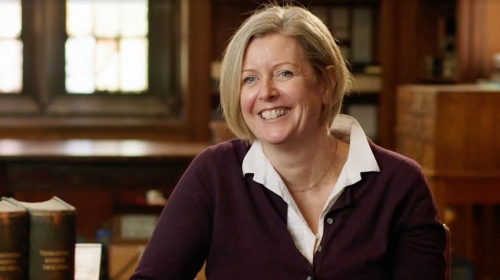 **And finally today, one of the more bizarre but fun stories out of academia I’ve heard in a while: A professor at Boston College gives her students extra credit for dating.

Karen Cronin, a philosophy professor at the school, decided 12 years ago that hookups and one-night stands were becoming so prevalent, her students weren’t learning the basic social skills of dating.

So after some kids complained about the required “dating” part of the course (she said the dates had to involve staying sober, and no physical contact), Cronin made it extra credit.

“Even students’ parents are telling them: ‘Don’t get caught up in a relationship now; you need to get your career set and on track before you even really start thinking about that,’ ” Cronin says. She adds that our “hypersexualized” culture focuses more on getting laid than on “the foibles and the hard work and the joys and the despair of just casual dating.”

I actually think this is a fabulous idea. And that if this were around at the University of Delaware in the 1990s, I never would’ve gotten extra credit and might have flunked out.